The Minimalist Traveller packs only what she/he needs. The What-if thinking has made us all pack multiple bags that made our trips heavy… physically and mentally. Long holidays require small backpacks. Allow yourself to be free and truly enjoy the places you visit by becoming a minimalist traveller.

These little tips will help you decide what to and what not to eliminate.

“He who would travel happily must travel light.” Antoine De Saint-Exupéry

Every minimalist traveller starts packing with a small bag in hand. Of course, the more space you have, the more unnecessary items you end up packing.

Can’t decide what to leave at home? These three questions will automatically make your bag lighter…

Consider packing one pair of shoes that are good for your trip. This means choosing something that allows comfortable exploration.

This “habit” could be as innocent as curling your hair every morning, or could simply be eating a lot of packaged items like chocolates, gums and Nachos.

Minimalist travellers embrace their natural look whenever travelling. So their Toiletries-bag ends up being lighter than those who regularly style their hair. Also, enjoying the local cuisine would help enhance your experience of visiting the places on your itinerary.

Consider swapping books you want to read while travelling with e-versions on your phone. It is also useful to create a check list for your essential items.

The Mindset of a Minimalist Traveller

Bringing memoirs back from trips has always been a cool thing to do, and has been a trend for a long time. So has our need to stick to things for mental comfort, which makes our life cluttered. Buying a lot of things along the way will reduce the ease with which you travel, especially on a long trip with multiple destinations.

Want to know more about travelling?

Ethical Travelling Is The Need Of The Hour

Best Travel Movies For You To Binge Watch!

How To Make Your Own DIY Travel Journal

There are many different styles of creating a personalised travel journal and bringing your travel journal to life. Having a mix of travel diaries, bullet newspaper entries with small sketches (not very good ones either!) are an efficient way to store your creativity. Including, travel scrapbooks and fancy travel photo books too. Moreover, photo books and scrapbooks the best way to share memories with others. Additionally, traveling diaries and journals are the best way towards amusement. If you’re thinking of building up a travel journal creatively. Or just want to jot down your plans and memories in a bullet journal, we’ve a few steps for you!

If you take a journal with you when you’re travelling, you may be able to explain ‘only the truth.’ Wherever you went, what you did or were eating, where you slept and whether or not you enjoyed it. You can leave it at that or, if you’re a travel blogger, it can serve as a good inspiration to write more complete blog posts once you’re home. Everyone stores so many notebooks are full of stories and diary entries from different journeys. This is essentially an extended version of the above where you can go further. Include stories that call on the 5-senses (taste, sight, sound, touch and smell). Also, what you experienced that day or amusing interactions with people that you have had.

Do not be afraid to include the less glamorous side-it ‘s fun to look back on hindsight too! If you’re artsy you may be able to make a travel sketchbook. This can be added to a bullet journal you are already keeping, or in a sketchbook per trip you are taking. Maybe you’re hiking on your journeys and want to capture the scenery in front of you, maybe you’re in front of a famous landmark like the Golden Gate Bridge, or it might be food that catches your eye.

Not exactly a on its own travel article, but perfect for adding to one of the above types. Adding an envelope to your travel book, or having one already included with it (this one has a storage pocket at the back!), means that you can put ticket stubs, receipts, postcards and other souvenirs inside as keepsakes. One of the best things about creating a travel journal scrapbook is that you can also make your own DIY travel journal cover by sticking maps, photos and ticket stubs on the front. You could also include polaroid pictures if you’ve got a polaroid camera. It comes with different brands and at reasonable prices.

Attaching photos to your journal would not only make it attractive but worth keeping. Even the maps would let you revive those flashback all over again. If you’re looking for a great version of a travel journal, go for the one with extra elements and shapes! After all, keeping memories intact is also essential for a healthy lifestyle.

Related- littleletterslinked: A travel journal could be your new best-friend.

These Are The Most Dangerous Roads In The World!

We all have, at least once in our lives, thought of a road trip and/or of taking a long drive. Adding to the adrenaline rush, we have all wanted to hit a road less travelled. But what if we take a road that is less travelled for a reason? We list the most dangerous roads of all times that would scare the daylights out of you.

These roads are hazardous and treacherous even for the most experienced and the bravest drivers out there. Make sure to read this article well to keep your tensions at bay.

This narrow road was built as a product of the late 1800s development for the movement of gold miners. Due to its positioning over a running river with several steep slopes, it is a nightmare for most drivers. It clearly is not a two-way road and if two cars happen to pass each other, get ready for some nerve-wracks.

Nicknamed the Highway of Death, the occurrence of frequent accidents due to quick weather changes makes it live up to its dark reputation. Another danger that lingers the highway road is the high volume of child trafficking cases, making UNICEF declare it as one of the worst areas.

This pass may appear scenic, but if you get lost in its beauty then you will have to face the perils of it. This pass is perilous because of its positioning 9,000 feet above the sea level and the innumerable hairpin turns that may cause a dizzying effect in your brain. Therefore, double check your brakes, drive at a low speed and never drink and drive HERE!

A tour from this highway ensures no safety back home. The illegal trespassing by drivers with no licence makes them assume high speeds crossing other vehicles, leading to inevitable accidents. As if this wasn’t enough, the highway is a frequent target for the Taliban, who threaten the motorists as well as prevent any sort of development or construction works on the highway.

Carved out of a mountain by their own people, this road wouldn’t tolerate any mistakes. That is why it is said nature is best when it is untouched. It took 13 workers and 6 years to form the tunnel out of the mountain and finally opened the route on May 1, 1977. Lack of constructive expertise reflect the uneven pathway and let’s not even mention the pitfalls during monsoons.

The roads changed from a path for mules to a path for vehicles. Regarded as the most dangerous roads of all times declared by the Inter-American Development Bank in 1995. The resume of this road describes itself as hazardous in all contexts: lack of guardrails next to 2000 foot drops, obscuring weather conditions from hot jungle climate to too foggy coverage and narrow pathways leading to increased risks of accidents. Dubbed as the road of death, fatalities are bound to occur here.

An Article About The Beatles Ashram, Rishikesh

The Beatles Ashram, located in Rishikesh housed the rock band briefly in 1968. The band had come to Rishikesh to meditate. George Harrison had also learned to play the sitar from the legendary Ravi Shankar. In this brief visit to Rishikesh, the band members didn’t just learn to meditate but also worked on their music. This ashram doesn’t just highlight The Beatles’ history, but also India’s influence on western culture. A place you must visit…

How Did The Beatles Get To Know About The Ashram?

via- The Beatles In India

Purpose Of This Trip 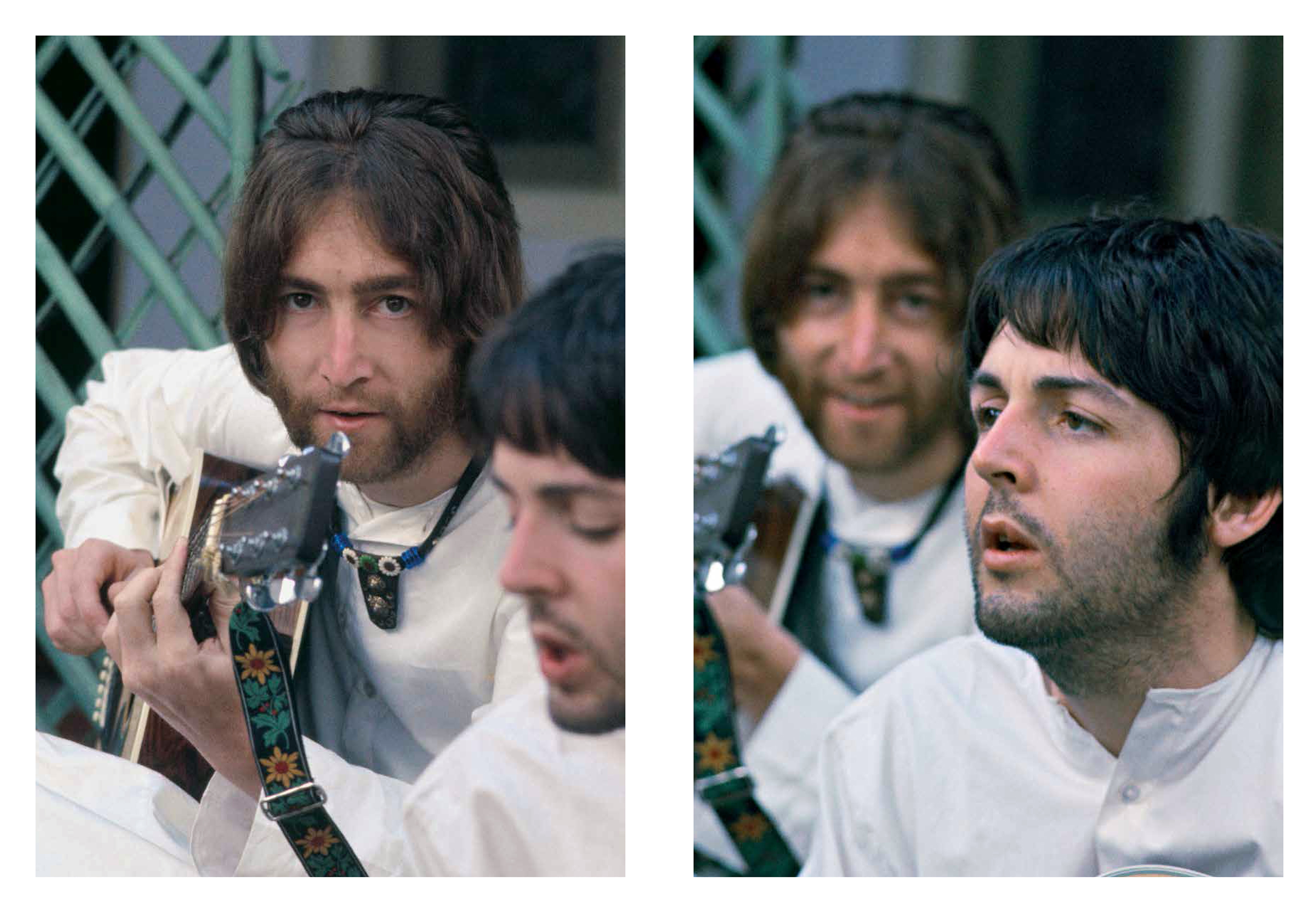 Getting advanced training about Transcendental Meditation, was the main purpose of the visit. Sessions were conducted by Maharishi Mahesh Yogi himself. According to many people, this whole time of the group at the Ashram was their most productive time period. Media was continuously tracking them during their stay. Later Beatles accepted Maharishi Mahesh Yogi as their Guru. And then, became their disciples.

Was Their Trip Fruitful? via- The Beatles Bible

While this trip was to meditate and relax for The Beatles. Some claim it was their most creative and productive periods. They wrote many songs here together. The Beatles’ songs’ from ‘The White Album’, were written here. The band members also learnt new Indian instruments! 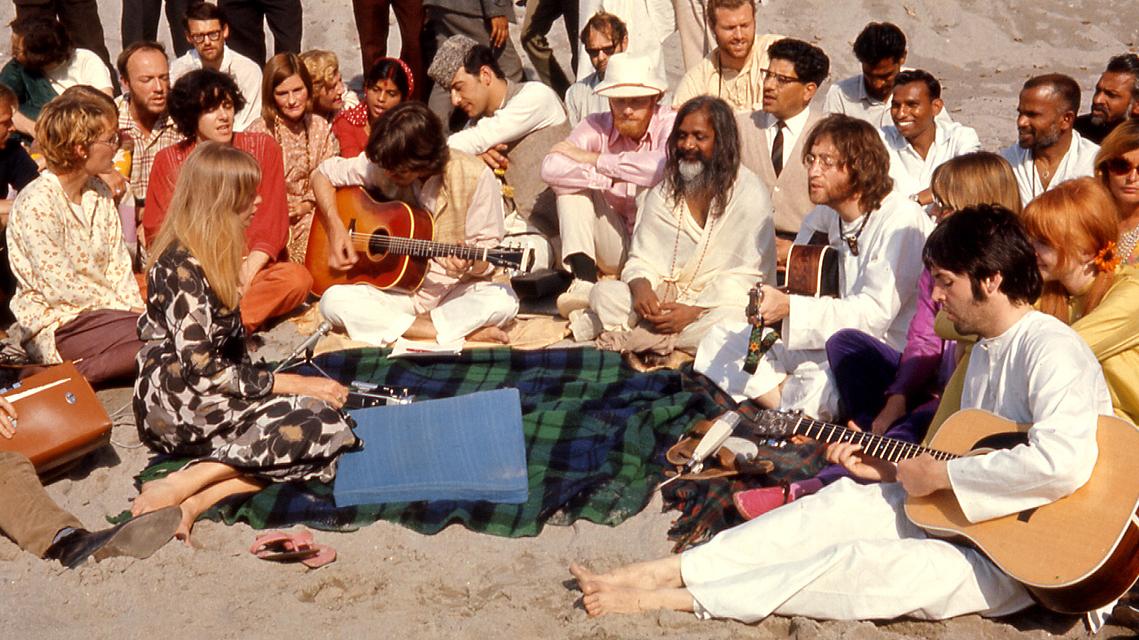 The band had planned a three-month stay at the ashram. However, this was cut short. According to the press, The Beatles left because they were disappointed with Maharishi. A recent Times of India article quotes George Harrison saying that Maharishi asked the Beatles to leave because of their drug use at his Ashram.

What’s The Condition Of The Ashram Now? 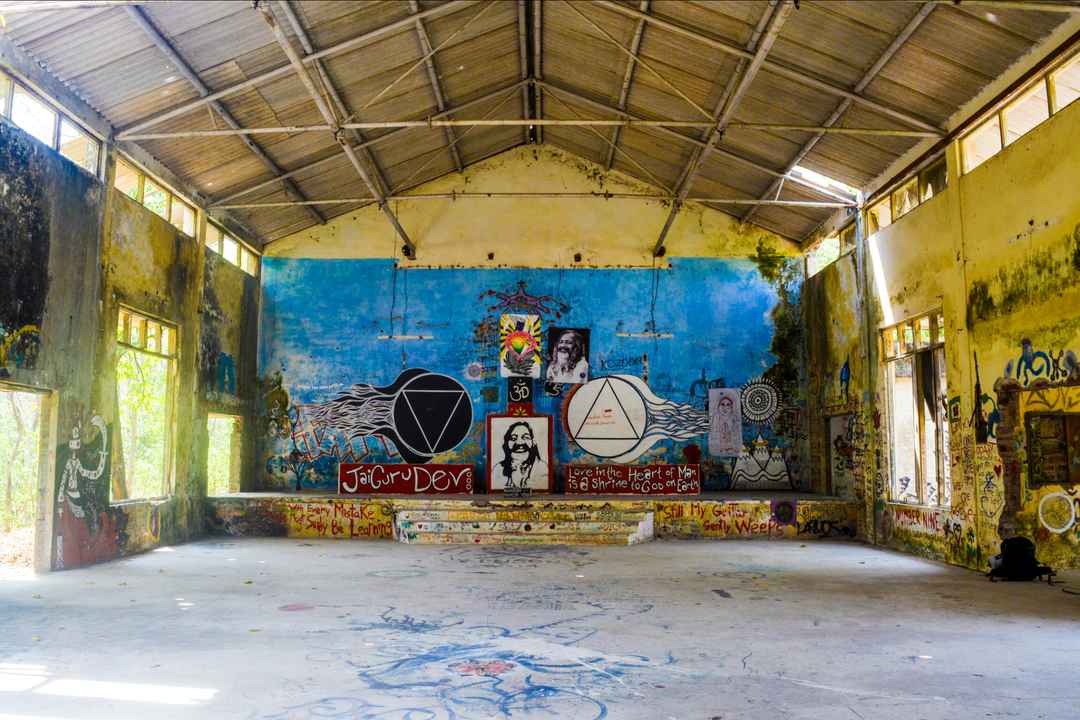 The Beatles ashram is officially closed now and the whole area is under Government control. Still, there are old buildings of the ashram is there. No one is living here right now. If you want to visit this place don’t try to visit alone. There is a watchman at the gate. The entry is officially prohibited. Hence, people unofficially visit this ashram by bribing the watchman.

There is also a book by Paul Saltzman, titled ‘The Beatles In Rishikesh’.