Women empowerment is not just a word anymore, It’s the need of the hour. Despite all the advances you read of, there are thousands of women even today who need a platform to voice their stories and that’s exactly what Barkha Dutt did through a unique, participatory, one of its kind festival titled We The Women. The summit was curated by journalist Barkha Dutt. Veteran actress Rathna Pathak-Shah models Varshita Thatavarthi and Seema Hari were also part of the panel.

Dutee Chand On Being Openly Lesbian

National sprinter Dutee Chand shared her experience being India’s first openly lesbian athlete. “My parents have still not accepted me living with another woman. I don’t have a relationship with my sister. They do not let my sister-in-law speak to me as well,” said Ms Dutee. The current national record holder for the women’s 100m spoke about her battles while pursuing her dreams of being an athlete.

I am just a girl who is ambitious: Sara

“Being a star kid, attention and scrutiny are much more. But, I don’t think it is a burden. We do have the privilege of better access. But, there are many people waiting to see us fail. However, the audience and media have given me more love than I deserve. I am blind to negative vibes,” says Sara. “Because of the way I have grown up, I am not a victim. I recognise the fact that our society can have a regressive view of women. It starts from mothers preferring sons to daughters. Change must begin in the family”, Sara shared her thoughts on women empowerment.

Actor Sai Pallavi and models like Varshita Thatavarthi and Seema Hari looked comfortable in their own skin when they were discussing, at length, colourism and racism (associated with skin colour) at the ‘We the Women’ in Bengaluru event. Sai Pallavi’s categorical refusal to endorse a fairness product, which made people sit up and take note, became the starting point of the conversation. The women shared their thoughts on various aspects of how society still treats women differently based on their skin colour, forcing many to resort to extreme measures to ‘fit into’ the ‘ideal version’ of women.

While advocacy and fighting against discrimination lay on one side, it is an undeniable fact that change, like charity, must begin from home. “Until we address all the prejudice (we have) within, all this is going to be superficial,” said Rathna Pathak, adding that there is a pressing need to drive the message of diversity across the industries, more so because India is a hot-bed of diversity. “We are in a place where diversity is a given. But what causes this (discrimination based on skin tone)? When we point at a child and comment on her/his colour, what kind of culture are we boasting about? It is about time we examine our ‘sanskriti’,” she says.

Model Varshita Tharavarthi recalled the days she was made to sit separately in her school in New Delhi. She is one of the models for top Indian fashion designer Sabyasachi Mukherjee. “It was a time when we didn’t have Rihanna or Beyonce. We didn’t know to celebrate ourselves. Dealing with such discrimination was traumatic,” said Varshita. The world will continue to explore our insecurities. Until those insecurities exist, the prejudice will never end,” she adds.

Sara Ali Khan Ditched Her Dupatta And Wore This

While COVID-19 seems to disturb the economy, there are fashion companies that are making a new statement through use of technology. Globally, big names such as Joor, Odre are digitalising wholesale and e-commerce experiences. These include introduction of virtual showrooms, catalogues, and 3D imaging. Not only globally, the Indian brands are too seeing a same shift. The industry has started writing new and fresh rules for business, since the pandemic hit, and is seeing a makeover. Moreover, it is pivoting towards remote working, digital draping and trials.

Megha Saraogi, co-owner of New Delhi-based tech solution company, Styledotme tells how her phone has been ringing off the hook. The company mainly caters to jewellery companies. Further, she shares how her clients were been secretive about jewellery catalogues. But Covid-19 changed the game. She informs how it is easier to get the iPads sanitized on which the customers can virtually try on their jewellery. She thinks that the next huge thing in jewellery just might be contactless selection and try-ons. Moreover, the company has seen an increase of 150% in inquiries since the beginning of lockdown period. And tells how company has also been getting requests from foreign companies too. In addition to this, she shares the fact that this month may just have been best business month.

Another company, BigThinx, Bangalore-based, mentored by Prada, is in midst of working on an e-fashion event. The event is held by a New York technology company Fashinnovation. Further, buyers can easily view digital avatars of the models and then, place online orders, once done with selection from collection. Thus far, the copany is looking forward to international clients. The stats have shown 5x increase in enquiries since beginning of Covid.
The pandemic also brought opportunities for tech companies such as TryndBuy. The company enables customers to try apparel through virtual stylists and trial rooms. Founder Nitin Vats informs that stores only have to rely on manager suggestions made to buyers based on body signs. He further shares his views and mentions the importance of technology in apparel industry in coming months.

7 Reasons Why Men Should Embrace Pink

Pink and blue weren’t originally gender-specific colors in the earlier times. The color has caused major stigma around the specificity of gender. But the real question is who defined it to be girly? Also who said that men should not wear the color? We are in the 21st century. A major change has to bought about this. We give some major reasons why more men should embrace the color.

1. Pink Used To Be Masculine

History tells us that pink wasn’t always a feminine color. Men were known to wear silk suits that had floral embroideries. Those outfits were considered very masculine at that time. History also mentions how the color was considered a warlike color since it was resembling red. This fashion and way of thinking got lost as society changed over time. The early 1900s saw the very first pink dress shirt. It become a hit. It was initially meant to target female students but it caught on more with college guys.

If there’s anyone to blame for making it a girly color, it’s the clothing businesses. They made that decision before most of us were even born. Parents started to know a child’s sex from an earlier age. So companies capitalized on this and introduced gender-specific clothing. This would mean that parents could no longer hand down a baby girl’s clothes to a baby boy and vice versa. They’d have to buy a second set. So the tradition of pink is for girls and blue is for boys began.

We know women adore pink. It appears they’ve always loved it even when it was considered masculine. But did you know our biology can sort of explain why? A recent study reveals that the color of girls clothing and toys might’ve been caused by innate bilogical preferences. Among people who like the color blue, women lean towards reddish-purple hues of blue while men prefer greenish-yellow ones. So you want to attract a woman by wearing the color.

4. You Stand Out From Crowd

Pink has been used to represent power. Ribbons were given to those who ran in the New York survivor race in 1991. A year later, the same kind of ribbon became the official symbol for Breast Cancer Awareness Month. It was said other events throughout the ‘90s and 2000s brought out a fierce character to the color. So you actually portray a very powerful image in the color. Be a different person and set your own path.

5. It Goes Well With Most Colors

It is a versatile color. The fact is any skin tone works with some shades of it. Men with darker complexions look good in lighter shades such as barbie, cherry blossom and lavender. Meanwhile guys on the fair side can go with deeper shades like purple rose and hot pink. Choosing a right shade of the color is essential as it could either build or break the entire attire. Aside from picking the right shade, wearing it requires steely self-esteem.

Pink makes a great addition to outfits that have brown, khaki, monochrome or dark shades of blue. That’s why it’s appropriate for both formal and casual styles. If you’re more not comfortable, experiment with smaller, subtle pieces that are worn away from the skin such as a pocket square or a pair of pink socks. Another easy option for injecting some personality into formal attire is a pink tie. It is a sure way to up your game.

7. Casuals Are Fun Too

Pink is also a romantic color. It’s a blend of red and white which combines passion with purity. So it’s no surprise that many weddings incorporate pink neckties for the groom and groomsmen. Spring and summer are the perfect seasons to be out wearing pink. The sun makes it pop out some more and you feel great in it. Try pairing a pink polo shirt with blue jeans, or a pink Oxford shirt with white chinos. These combos allow the color to stand out and give off that warm, youthful vibe.

So wear pink with pride. Let’s save this color from the stigma that came out of business greed. When it’s worn the right way pink makes any good style an awesome one. Also read- 5 Must Own Jeans For Every Woman

5 Must Own Jeans For Every Woman

We practically live in one pair of jeans, plus according to most brands, you don’t even need to wash them that often. One less thing to worry about! But there are so many styles and cuts that exist. However, there are 4-5 styles that are more or fewer basics. And hence, something all of us should own depending on our body types. Check these out here. 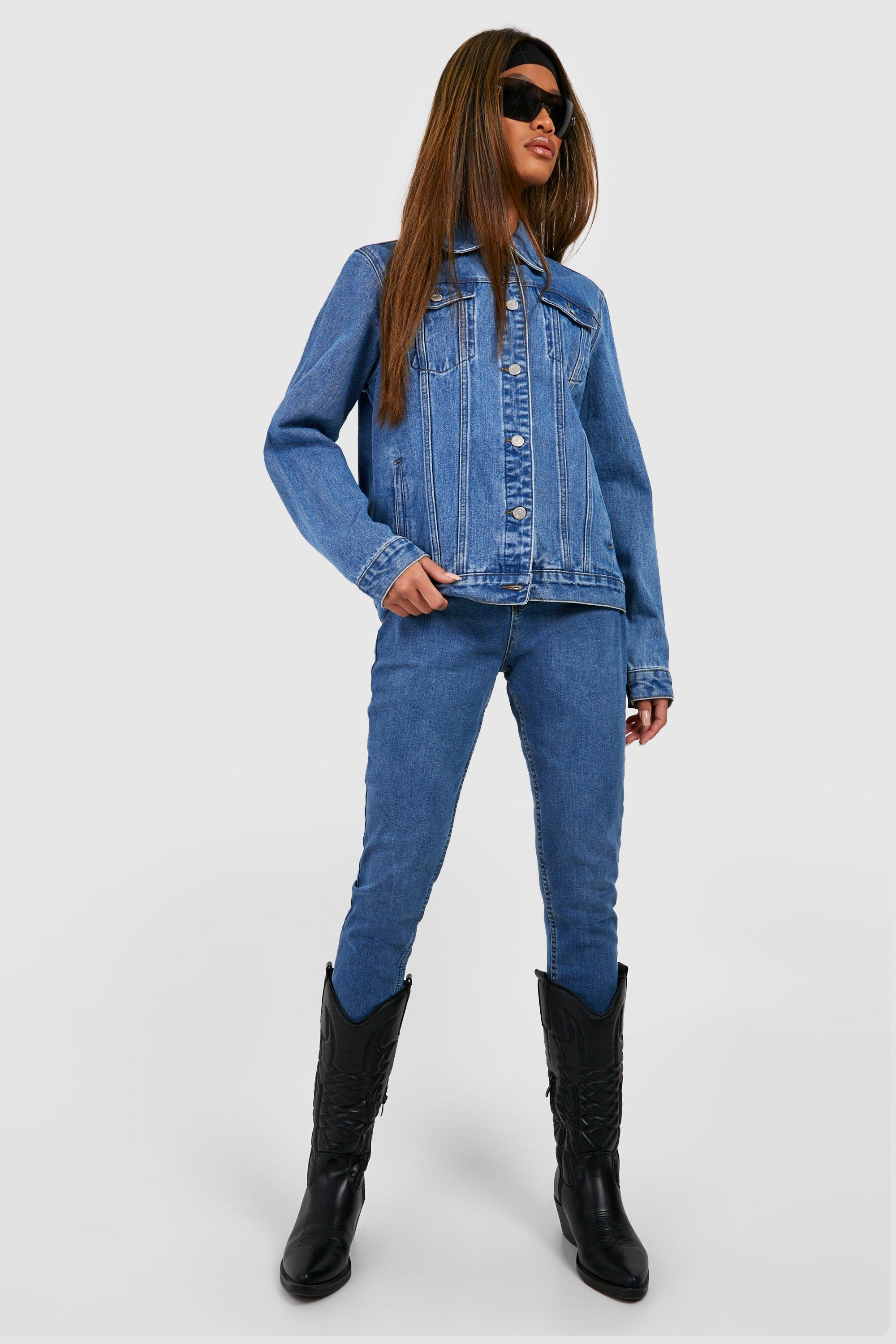 Skinny jeans, as the name suggests, are skin-hugging and fit you snugly. They take the shape of your legs and trace it all along. If you have lean and sexy legs that you cannot wait to flaunt, these are for you. Skinny jeans come in low, mid, and high rise waist cuts, all of which are usually stretchable – which makes them twice as good. 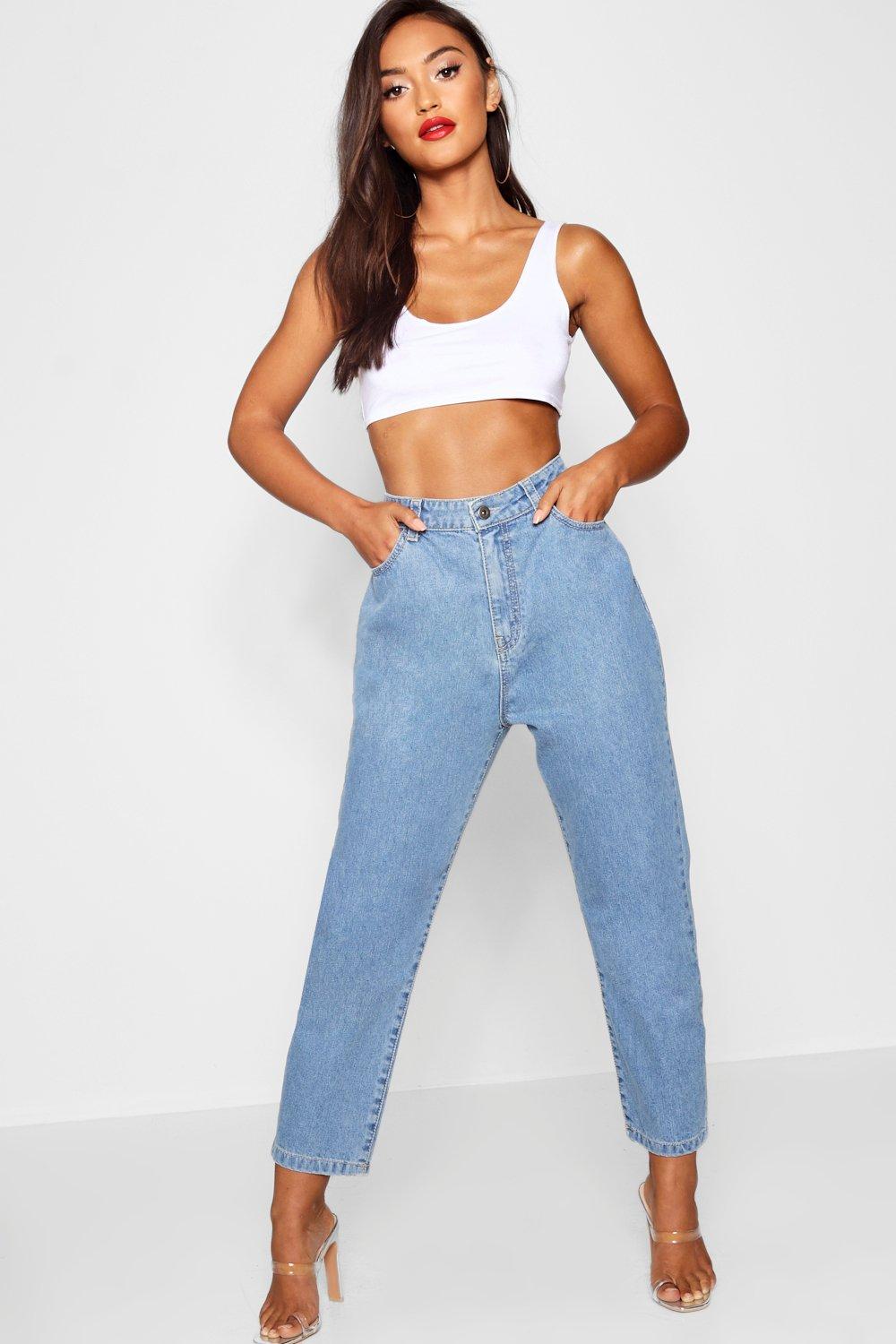 Do you love jeans that are snug and hug your body? But you do not have the body and confidence to pull the “super-skinnies” or “skinnies.” We have the answer – straight-legged jeans. Trust me, they are a saving grace. They are in-between skinny and boyfriend jeans or flared cuts. They make your legs look longer than they are. 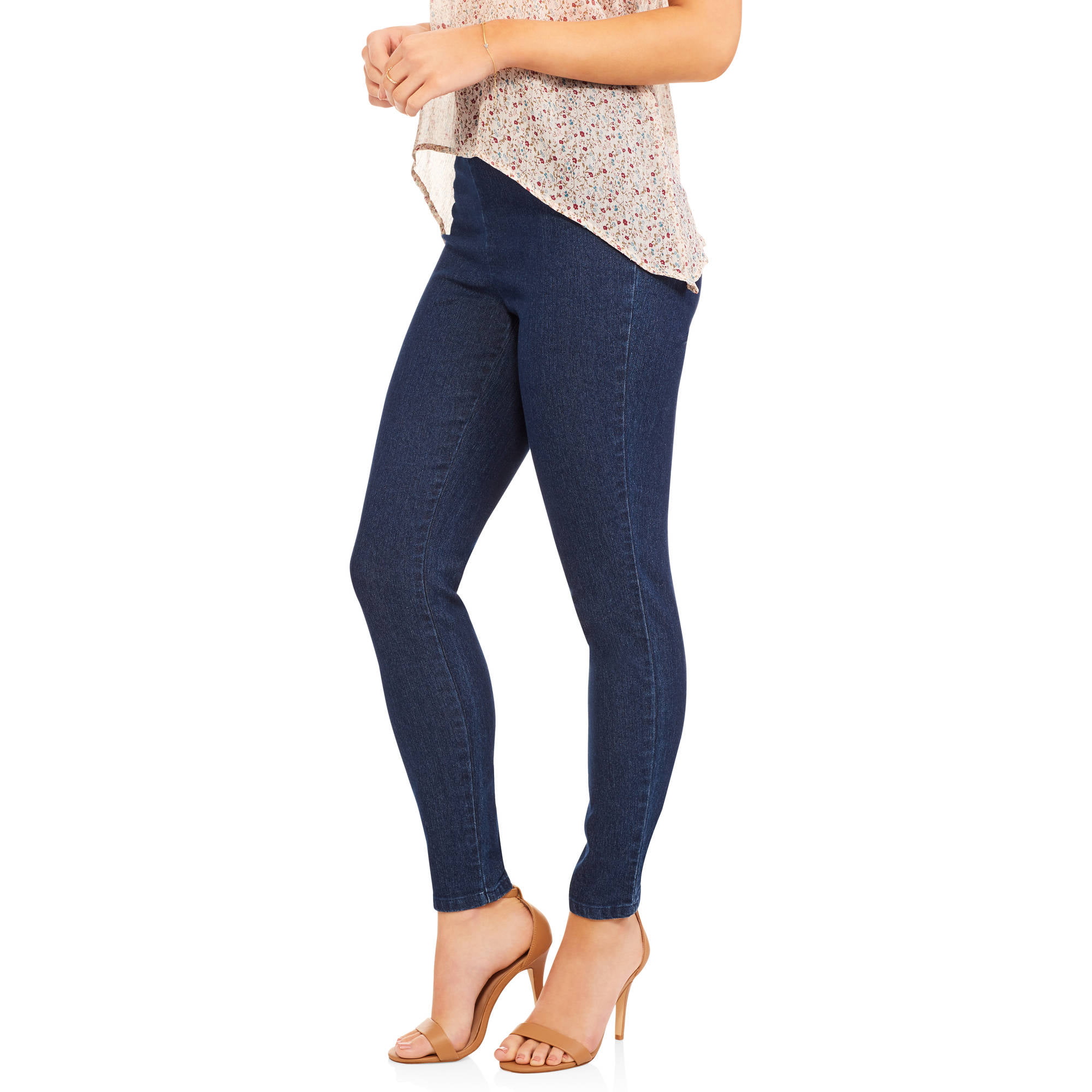 Jeggings are basically your leggings in denim fabric. So, you follow the same styling pattern with jeggings as well. Wear tops that are a little below your hip if you are conscious, but you can treat them just like your super skinny jeans. Most women swear by them because they are incredibly comfortable and come with a waistband instead of the standard buttons system.

What was initially considered mommy jeans slowly became a hot favorite among women of all age groups? However, the new boot cut style is more tapered than the original boot cut styles, keeping in mind the millennial trends. These come with a great fit till the knees and then subtly open out past your calf muscles. You also get these in cropped format, and they flare out a little above your shins.