As more and more people are getting attracted to the idea of following a vegetarian diet or the vegan ones, there has been a reduction in the usage if animal-based diet. And with the availability of a rich source of proteins which are plant-based, here is to what they could include in their daily diet.

We are all aware that the soy products constitute the best protein on a plant-based diet. Firm tofu is composed of approx10 g of protein per ½ cup. Tofu can be taken as the best substitute for meat infamous dishes such as kung pao chicken, etc. These soy products are also rich in other elementary minerals like iron and calcium.

Lentils are not only rich in proteins but are also a good source of fibre, iron and potassium. They can be added to curries, salads so as to increase our intake of proteins.

These are highly rich in proteins, with every ½ cup containing 7.25 g of the same. These can be eaten in various ways and also in different temperatures. These can be added to stews and curries. One can also use them in sandwiches and in hummus.

Containing more than 20 g of proteins in ½ a cup, peanuts are among the richest source of proteins. These are also full of healthful fats and can also improve heart health. Peanut butter is also a good source and could be used in various dishes.

These are not only a good source of proteins, but also provide us with a good amount of Vitamin E which is good for our eyes and also for our skin.

With being able to provide 8 g of proteins per serving, potatoes are also an excellent source of nutrients like potassium and vitamin C.

Seeds are good items with low calories and are rich in fibre and are also healthy for our hearts. Chia seeds are a complete package when it comes to proteins. These can be added to smoothies, or soaking them in almond milk.

Separately, they aren’t a great source. But together, they definitely are. Eaten together, they can provide with almost 7 g of proteins in a cup. They can be included in the diet as a side dish or as a bowl of mix rice. It is a very good source of plant protein.

For more, checkout-9 foods that can lift up your spirit.

Foods That Can Help With Anxiety

Stay Away From Iron Deficiency With These Foods

Iron is an important element that our body needs for growth and an overall development. The World Health Organization (WHO) says that it is an essential elements that helps in the important body functions. For instance, it helps in transportation of oxygen in the body. In addition, it also helps in DNA synthesis and metabolism of the muscles. However, Iron deficiency is still a common thing. 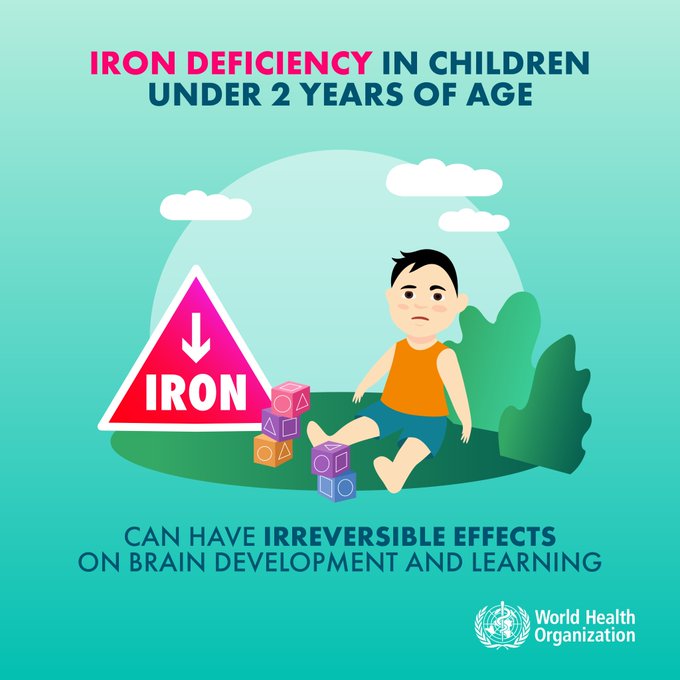 Deficiency of Iron leads to serious issues like low haemoglobin levels, anaemia and more. Statistics from WHO say that 33 % women who are not pregnant and 40 % of pregnant women suffer from iron deficiency. In addition, 42 % kids also suffer from anaemia worldwide. 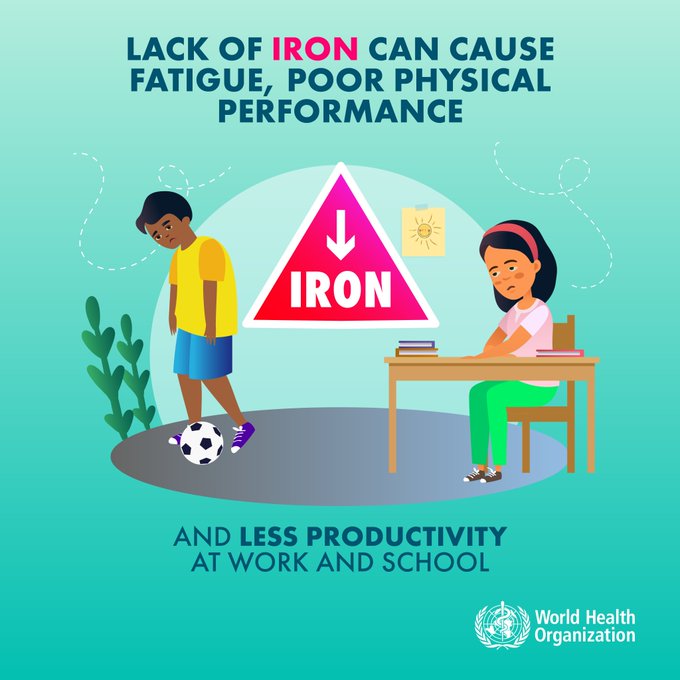 Who needs it the most?

Iron is most needed for the body when it is growing or transforming. Therefore, iron is important for all young kids and also for pregnant women. 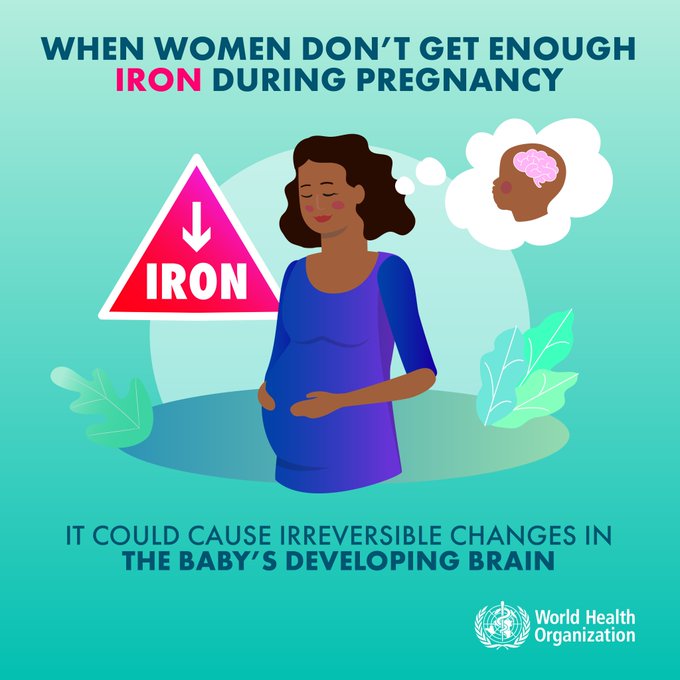 What should you do then to avoid Iron Deficiency?

There are certain foods that can help you prevent deficiency of iron. Let us review each one of them here.

Leafy vegetables have a lot of benefits for your body. One of these is to provide the body with iron. One of the most iron-rich leafy vegetables that we all know to be rich in iron is Spinach. A lot of us have watched Popeye munching on tins of Spinach. Moreover, we have all tried to imitate him but could never like Spinach.

Well now here is one more reason to like Spinach and eat it more often. A 100 gram of spinach will give you around 2.7 mg of iron. In addition, you can also have kale and green peas.

Eggs are a rich source of iron. In addition, they are also rich in Proteins and vitamins. A 100 gram of eggs will give you about 1.2 mg iron from it.
This is one of the reasons why bodybuilders like to have more and more eggs.

For all the vegetarians, they’re pretty used to eating legumes. However, for all those who are not should definitely start eating them soon. Legumes are rich in iron. They can be consumed through soups, salads, or even be blended into a batter to make lentil pancakes.

Nuts and seeds have been our favorite snacks from childhood. We have all loved the dry fruit boxes that come home during Diwali. Well, now we know that all the munching did not go in vain. They gave us a lot of iron while we ate them. 100 grams of nuts give us 2.6 mg iron.

In addition, they come in a lot of variety. They also taste good roasted or salted.

Talking about meat, fish and poultry are very good sources of iron. In addition, other iron-rich meats are tune and salmon. Most meat lover would now have a great reason to have more of it! 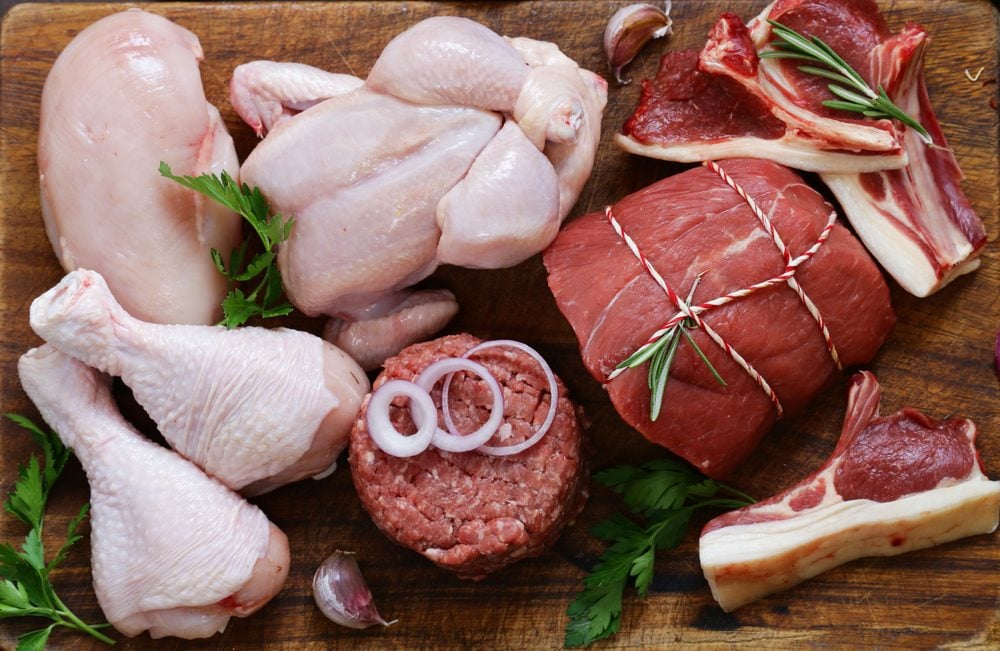 Let us know your favorite of these in the comments. Also, Do not forget to read Antioxidant Foods: A Complete Guide

The monsoon season is a host of many diseases and infections. Diseases spread due to the favourable conditions for the pathogens and their carriers to grow and breed. The germs and micro-organisms increases in the rainy season that can destroy your health while taking you close to certain foodborne diseases and infections. Food safety and healthy eating is a critical thing to focus on during this season. To ensure food safety and healthy diet, food tips are a necessity.

Check out these 5 food tips during monsoons that will keep you safe:

The first and most essential step is to preserve your fruits and vegetables. They should be consumed as soon as we cut them. We should not let the fruits out in the open for a longer period as they would become prone to various bacterias and microbes. It is vital that we only eat fruits and veggies during the period of monsoon and clean properly before cutting them or consuming them. Furthermore, don’t consume any store-bought smoothies and fruit juices as they are filled with preservatives.

Uncooked foods and vegetables can contain (especially in monsoon) harmful germs and viruses that can easily take a toll on your overall health and well-being.  Therefore, rather of having raw foods, cook the dishes well. Check it before consuming and avoid rare or medium-rare food items. Wash every lentil, pulse and veggies you purchased before cooking. Greens like cauliflower, spinach, and broccoli should be washed with salt water to kill the bacterias.

To avoid any health diseases, always keep a check on what type of meal you are consuming. Though oily and spicy foods look appetising during the monsoon season, such foods can create various stomach problems like gas, bloating and stomach-ache. Moreover, if such foods are bought from open stalls, then there might be a hazard of contamination which progresses the risk of various diseases like cholera, typhoid, viral infections and flu. Always adhere to light and healthy meals during this season to make yourself hale and hearty to boost your energy levels. You can add nuts and seeds, stir fry veggies, oatmeal, eggs and home-made smoothies in your diet.

Just like proper hygienic is important to cook meals, similarly, proper storing of foods during this season is extremely important to keep the diseases at bay. Always freeze the prepared food after cooking as quickly as you can. Foodgrains like lentils and pulses must be stored in dry places as they can get fungus in damp places.

Adding naturally healthful components in your food while cooking is the key to make it gratifying, but also to fill it with healthy components. Ingredients like pepper, garlic, ginger, cumin, coriander and turmeric have numerous advantages on the health and adding in their food makes you all well and healthy while boosting your immune system and reducing the risk of various stomach problems like indigestion, gas and bloating.

You probably must be sifting through your usual candy flavor’s you see in a shop. Maybe you’ll be wanting to try something new, exciting, fresh and weird. Here’s a list of really weird candy flavors we could find online that took crazy and weird to another level. 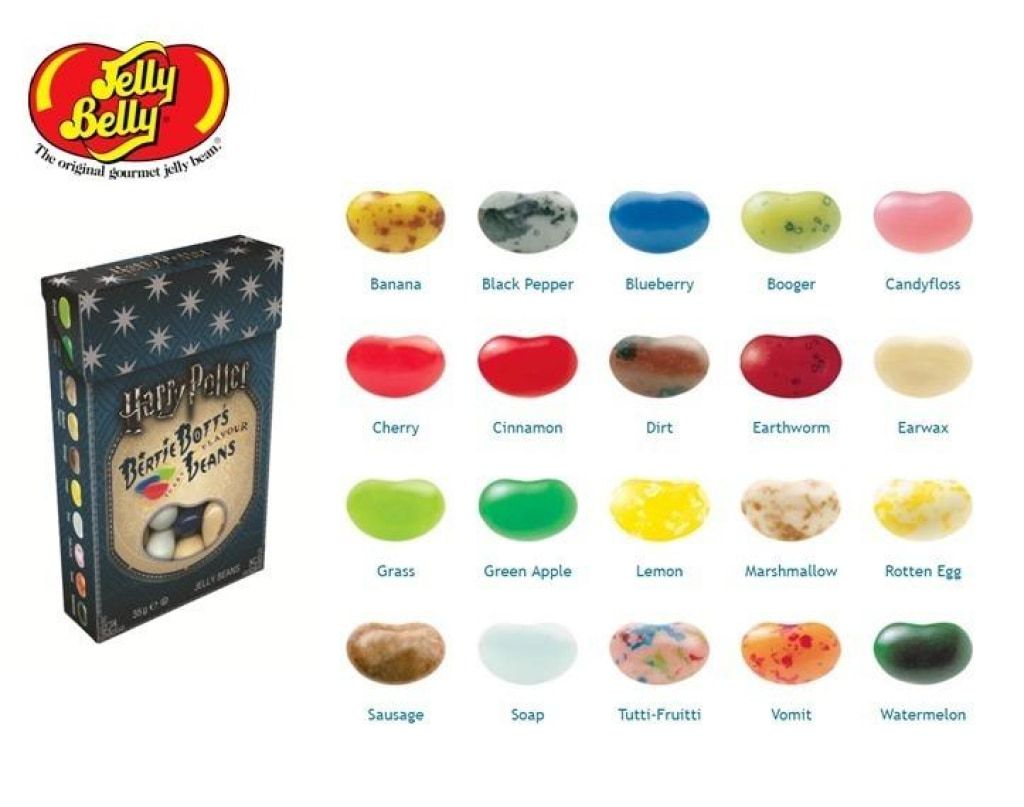 This is a pretty familiar treat, but we thought it deserved the number 1 spot because rather than just looking or feeling gross, some flavors of these candies from the magical Harry Potter universe are actually supposed to taste disgusting. One more stop in Japan, folks. As many may know, Japan is famous for its hundreds of quirky Kit Kats with unusual flavors, from the scrumptiously novel green tea to the stranger but still sweet red bean flavor. But would you try a wasabi Kit Kat?

Spicy candies aren’t unique to Japan, or even a new concept, but a wasabi candy bar certainly sounds like it’s not for the faint-hearted. 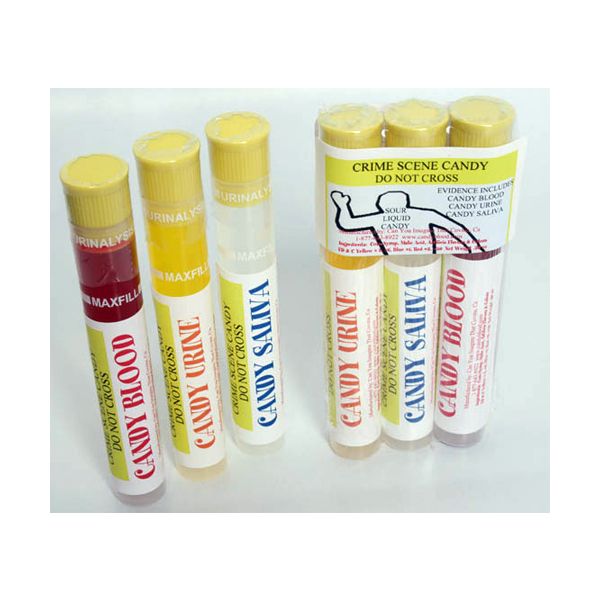 Most people don’t want bodily fluids anywhere near their candy, which is what makes this novelty Halloween treat especially horrifying. 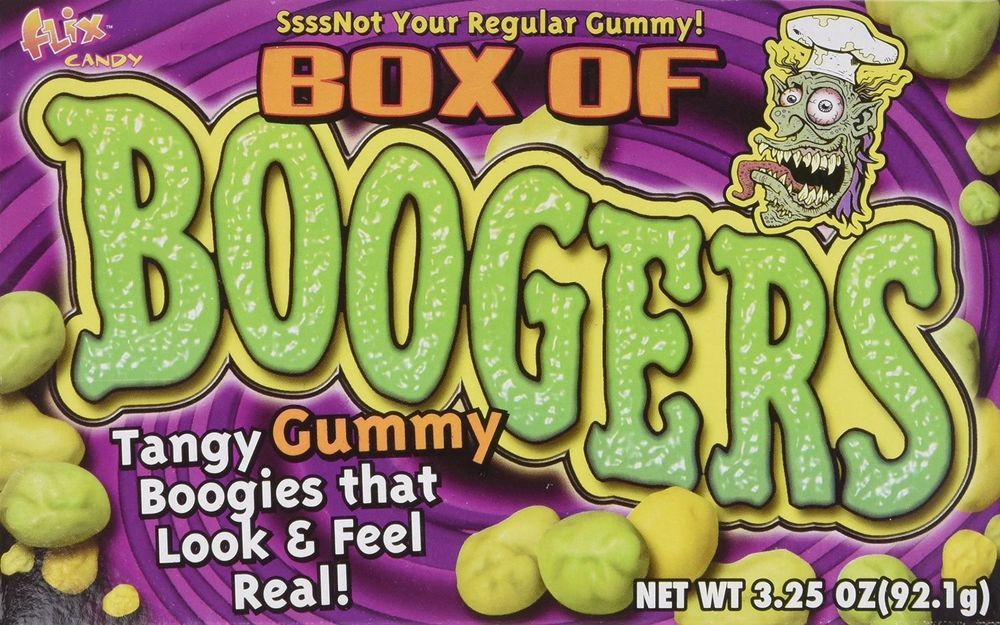 Like urine samples, we prefer not to think of boogers and candy in the same sentence. That hasn’t stopped the makers of Box of Boogers candy from creating squishy green gummy candies made to look like something you’ve picked out of your nose.

If the texture isn’t enough to make you scream, check out the three distinct flavors: Snottermelon, Sour Green Boogy, and Lemon Loogy. Please make it stop!

We’ll depart from weird candy flavors for a moment to discuss a rather conventional candy wrapped up in a very unconventional theme. You read that right: toilets.

Sour Flush candy is some of the most popular kids’ sour candy around. The gross concept – dipping candy “plungers” into a toilet bowl full of sour sugar, Baby Bottle Pop style – is mitigated somewhat by the super fun bright colors. We’d try it! 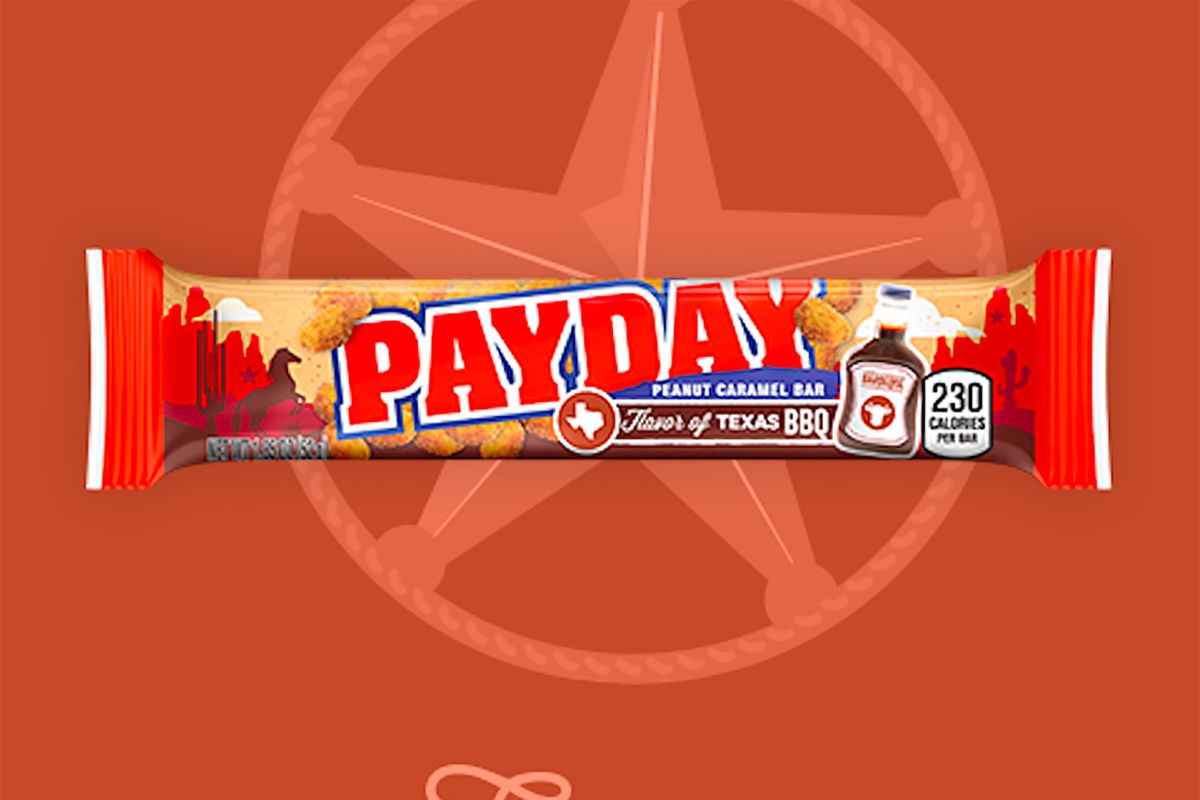 Just to get your feet wet, we’ll start with an unexpected twist on a familiar candy classic.

In 2017, Hershey released the “Taste of America” line of its most popular candies, each featuring a classic flavor from a different U.S. state. While Florida got orange- and Key Lime Pie-flavored Kit Kats, Texas got the BBQ PayDay.

No shade against barbecue here, whether on ribs or potato chips, but candy bars? As far as we know, the trend has yet to go viral…

Thank you so much for reading! 🙂

If you want to read more articles about food, visit LLL Food