To the bonafide fashion devotee in you, you do deserve all the glamour on the face of the earth! Ditch your old cotton and chiffon sarees and find your inspiration from our B-town actresses who are ruling the ruffle style in saree like a pro. The ‘OOTD’ trend that you like to swear by and wait to explore and look up to are here. Our Bollywood actresses are our style icons who look extremely bold, glamorous and classy in this new saree trend.

Below given are some of our Bollywood actresses who have come upfront with the ruffle style in sarees and yet again made a bold statement, worth our praises. Let’s get started.

The stunning wife of an amazing actor gives us some really fashionable style statements. The woman goes easy with her jewellery as she pairs up her ruffle styled-saree with a shimmery blouse. It’s indeed hard to take off our eyes from the woman who’s so stylish and ethereal. The magic wand that seem to have done the wonders have also modernised our gaze, for we are absolutely loving this style of wearing a saree.

This fine actress from Bollywood steals the show with her painted power saree with green and yellow paisley all over. Her hair style and heavy earrings are worthy of our compliments. In winters, the same saree could be paired up with classy turtle necks or even white loose shirt. It would totally make a fine runway look.

The actress gives us pleasant and sunny feels with her bright yellow ruffle style saree. The blouse that she chooses to wear is further not conventional and very bold. The long vintage earrings are further adding to the actress’s look. DP’s look is bold, powerful and not everyone’s cup of tea.

Keep it red, keep it sassy, keep it simple, keep it sexy! Well, that’s what Sonakshi Sinha is trying to convey to her audience who are longing a glance of her super-duper amazing look. Silver earrings complement the saree so damn much and are perfectly fitting for any show of any time and cause. Isn’t she looking like a goddess?!

Shilpa Shetty rules the ruffle style in saree like a pro. She wears them so often and mostly in shades of pink which compliment her diva personality so much more.

Black is bold, black is sexy, black is black. Nothing, absolutely nothing looks better than a black ruffled saree. Mouni Roy nails the ruffle look on a black saree. Yes, so can you!

The actress is beautiful. She’s different from other actresses and one has to agree on this. The ruffle style adopted by her too is different. It’s classy and yet, so much different.

Let’s just say that we all want ruffe-style sarees as our wardrobe essentials from now on.

Indian Prints That Will Make You Look Awesome!

Here Are Some Alternative Brands For ‘Shein’

‘Shein’ was an amazing app that had highly discounted fashionable apparel. Plus the application was extremely convenient to use as well as. Since the ban of ‘Shein’ and 58 0ther Chinese apps, it is now time to shift to other alternative brands. Because shopping isn’t ever going to stop!!! So here is a compilation of some alternative brands to Shein that you might not have been aware of:

‘Ajio’ is a multi-branded platform that helps you to get amazing options to choose from. The clothes are stylish and perfectly affordable. So The best thing about Ajio is the collection that you will only get from Indian manufacturers. Also, Apart from a large collection of clothes, Ajio specializes in shoes & accessories too. It is a good site to explore if you are wanting to get exciting things for yourself.

‘Dresslily’ is the destination for you if you want to get highly fashionable items and choices at really low prices. They also have the same collection as Shein, most collections out of them are based on vintage wears. Also, Dresslily offers you a discount of about 70% on your first buy from this shop. There are extra coupons, additional offers for the new users. From gothic wears to girly dresses, this site has it all for you.

via- Times of India

‘Max Fashion’ is so underrated. They offer some pretty good stuff that blends easily with your everyday casual style. Their Indian wear, accessories and denims are to die for. Therefore, if you are looking for pieces to mix and match with the rest of your wardrobe, try it out. Furthermore, it won’t even burn a hole in your pocket. ‘Alamode by Akanksha’ curates the most in-vogue fashion from around the world at reasonable prices. They celebrate women. Also, their collection is inspired by international runways, celebrity wardrobe and high street fashion being worn in places like Paris, Milan, New York and London. This brand has a successful page on Instagram and a website too! And honestly, one of the most stylish westerns we have seen, are found here. 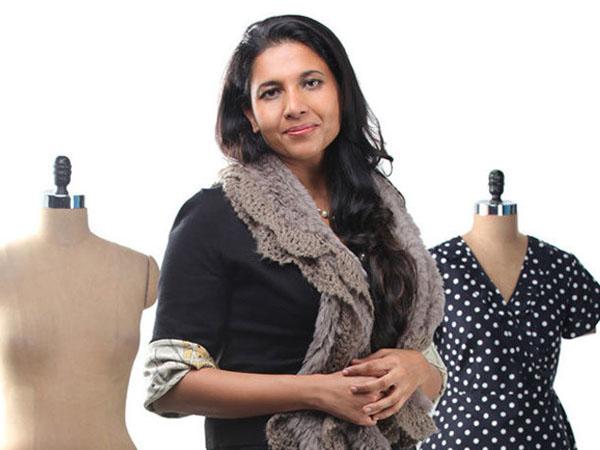 ‘Limeroad’ online fashion marketplace for women is based out of Gurgaon, Haryana. With an endless list of products from ethnic to western styles, it now also has sections for home, living, makeup, kids, menswear and more. According to Wikipedia, the company’s name is inspired by Grand Trunk Road, one of Asia’s longest major roads. 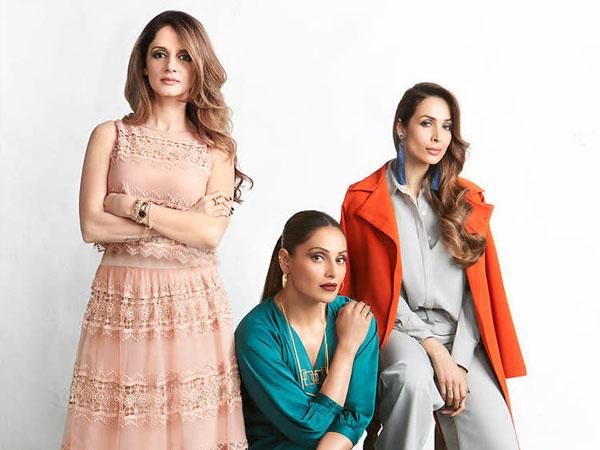 via- The Label Life

Next up, ‘The Label Life’ is a true Indian store offering fashionable lifestyle products at affordable prices. From raw materials to designing and merchandising to marketing, everything is made in India. Also, it’s founded by Preeta Sukhtankar and has celebrities Malaika Arora, Bipasha Basu, and Suzanne Khan as ‘style editors’ and a team with 90% female employees. 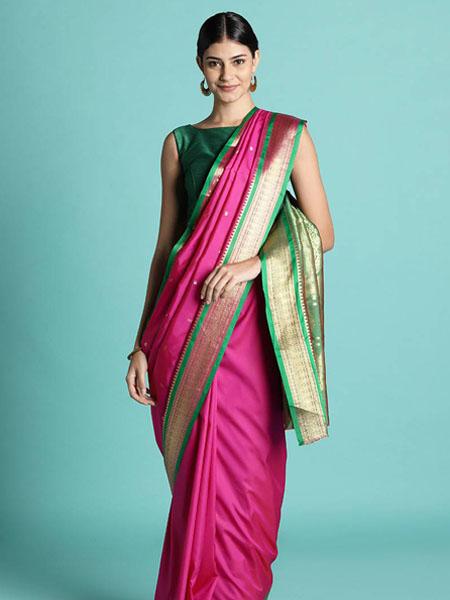 Lastly, is ‘Craftsvilla’. This predominantly ethnic e-commerce portal is the perfect bridge between traditional craftsmanship combined with the modern-day virtual shopping experience. Also, the Indian startup reportedly has over 25,000 artisans and designers selling over 4 million products. Wow!

If you want to read more about FASHION,

Manish Malhotra And His Journey In Bollywood

Manish Malhotra, the man behind his eponymous label, is a familiar Bollywood face and one of the most adored celebrity designer. Long before he grew into a household name, he worked as a costume designer in Bollywood movies starting from the early 90s and 2000s.

After claiming his successful position as a stylist, he launched his couture label Manish Malhotra in 2005 which offers bridal, couture, diffusion and men’s wear collections and retails at two stores in Mumbai and New Delhi.

Then, in 1993, he designed the complete look for the Late Sridevi’s character in Mahesh Bhatt’s ‘Gumrah’.

Finally, in 1995 his hard work and creativity paid off. Manish won his First Filmfare award as a costume designer for his work in Ram Gopal Varma’s ‘Rangeela’ starring Urmila Matondkar. I mean, why wouldn’t he?

In 1998, he ventured into modelling and runway fashion designing with his couture Reverie-Manish Malhotra. He went ahead to collaborate with socialites and industrialists Kajal Anand, Yash and Avanti Birla to design for his collection Reverie.

Success was on Manish’ feet because of his individuality in the field of fashion. The reason why the audience resonated which these outfits were because they were fashion-forward, non-conforming and a far-fetched dream for them! Movies kept coming his way and the journey never came to a halt.

Once he became a household name because of the remembrance of the iconic outfits he created think such as PeeCee’s Desi Girl outfit and Poo’s outfits from K3G, he bagged the insider support and endorsement. Here’s where Bollywood and fashion became irrevocably involved.

Apart from that, he has designed 550 costumes for the cast of the popular musical Mughal-e-Azam.

He also became the first Indian designer to cross 1 Mn followers on the digital medium.

We, as an audience, have contributed significantly through our love for MM on social media. He has had girls drooling over his label’s custom ensembles and we are sure he will continue to do the same in the coming future, too!

Here Are 7 Surprising Facts On Emeralds

The name emerald simply means a green gem. That is perfectly logical, for if there is one defining characteristic of emeralds, it is their impossibly rich green color.  Take a look at the facts and history of emeralds and their legends and associations, as well as a peek at some of the most spectacular emerald jewelry the world has ever known.

The oldest emeralds are about 2.97 billion years old. The first known emeralds were mined in Egypt around 1500 BC. One of Cleopatra’s favorite stones was emerald, and her passion for the stone was well documented. Emeralds were discovered in South America in the 16th century by the Spanish. They were used by the Incas well before this discovery. The Spanish traded emeralds across Europe and Asia for precious metals, which opened up the emerald trade to the rest of the world.

2. They Have High Value In The Market

Top-quality emeralds can be worth more than diamonds on a per-carat basis. Most emeralds have some type of inclusion or imperfection, and emeralds without imperfections or inclusions are very rare. Instead of the term imperfection, dealers like to reference emerald inclusions as an internal Jardin. Color, clarity, cut, and carat weight are four factors used to determine the value of an emerald.

3. Emeralds are not very strong themselves

They are the most delicate and brittle of the four gemstones and don’t take pressure very well. Because emeralds are so brittle, finding a good quality gemstone is difficult and other materials are often introduced into them. These inclusions are accepted, giving each emerald a distinct personality.Also, Emeralds are the only gemstones to have a diamond-cut named after them, the classic rectangular step-cut.

The Bahia Emerald is one of the largest emeralds and contains the largest single stone ever found. The stone, weighing approximately 341 kg originated from Bahia, Brazil and is emerald crystals embedded in host rock. It narrowly escaped flooding during Hurricane Katrina in 2005 during a period of storage in a warehouse in New Orleans. It was subsequently reported stolen in September 2008 from a secured vault in South El Monte in Los Angeles County, California.

5. Emerald Can Be Produced Synthetically

Because of emerald’s high value, attempts were long made to manufacture it synthetically. These efforts finally met with success between 1934 and 1937, when a German patent was issued to cover its synthesis. Synthetic emeralds are currently manufactured in the United States by either a molten-flux process or a hydrothermal method; in the latter technique, aquamarine crystals are placed in a water solution at elevated temperature and pressure and used as a seed to produce emerald.

The most important factor that determines an emerald’s value is its color. Emeralds are made from Beryl, just like aquamarine and they get their green color from chromium and vanadium. Emeralds are formed when chromium, vanadium, and iron are present in the mineral beryl. The varying presence of these three elements gives emerald its range of color. Chromium and vanadium make an intense green color. Iron gives the stone a bluish tint.

Did you know that diamonds are not the world’s most valuable gems? There is another gemstone that, in its most fine form. It can be even more rare and costly than a fine diamond of the same size. The gemstone that can make this impressive claim is the emerald.  Columbia yields some of the finest ones in the world. It is also responsible for mining over 50% of all emerald production worldwide! The other two top countries they come from are Brazil and Zambia