Ever since DIA opened to the public on February 28 of 1995 the airport has been in the limelight. It is a hub of shocking rumors and conspiracy theories. From the demonic horse greeting visitors, the apocalyptic murals the airport has many other odd characters. The massive new airport didn’t just take up lots of time and money—it also takes up a lot of space.  two decades later, it’s still the largest airport in the United States by area (53 square miles) with the longest public use runway available in the country.

DIA does have something to be suspicious about. A shape that many people have noticed looks curiously like a swastika, at least from the air. Taken on its own, such a shape could be brushed off as being just a really terrible piece of planning, but combined with everything else, it all looks very odd indeed.  If you didn’t know, the Nazis happen to use the swastika symbol. It was the official symbol of the party.

2. The Markings On Floor

Much theorizing has occurred over the floor designs and phrases embedded in the marble floor throughout DIA’s main terminal known as the Great Hall. The airport bears a series of “strange” markings on its floors that some people believe symbolize a new strain of hepatitis that could be used in biological warfare. In reality, most of the symbols are taken from Navajo language or are pulled from the periodic table of elements.

It is a conspiracy theory that he Freemasons, a centuries-old secret society, has controlled the airport ever since it opened. With ties to the New World Order, a group of global elites who wield power over international affairs. A dedication plaque at the airport’s south entrance dated March 19, 1994, contains a time capsule and bears the symbol of the Freemasons, as well as a reference to the New World Airport Commission. Strange markings have also been noted around the airport, supposedly indicating secret or alien languages.

4. Artistic clues to the apocalypse

Via Out there Colorado

Like most DIA conspiracy theories, this one roughly parallels the rise of the internet at the time of the airport’s opening and has been given fuel over the years by radio hosts like George Noory.  The airport’s 40-piece public art collection, most notably its colorful, 28-foot-wide murals by artist Leo Tanguma, its “Notre Denver” gargoyle sculptures and the Mustang sculpture ( big blue horse) near are clues to influence at the airport, alternately credited as Illuminati, Freemasons, New World Order or Nazis.

There is a time capsule scribed with a Freemason symbol and the words New World Airport Commission at Denver International Airport on October 20, 2016. The time capsule, which will be opened in 2094, contains nothing more than a few items of Denver historical significance. And as for that secret language? It’s Navajo. Most of us won’t be able to know what is actually inside. but it sounds interesting.

6. The Horse Statue At The Entrance Of Airport

Conspiracy theories aside, it’s hard to deny the weirdness of DIA’s unofficial mascot, a massive horse statue called Blue Mustang. It has already killed at least one man. At 32 feet tall and 9000 pounds, it’s made out of fibreglass, Blue Mustang is huge and imposing, and its glowing red eyes don’t help matters. This thing is giant and really scary and it killed the man who made it. Really! Artist Luis Jimenez died in 2006 when a piece of the sculpture’s head broke off and severed an artery in his leg.

7. The Tunnels and the Underground Bunker

The airport is home to a number of tunnels. That sounds normal enough, but there is definitely something weird about. But where do the tunnels go? Perhaps to some kind of underground bunker? Most of the people who believe in the various conspiracy theories regarding DIA seem to think that the airport is actually the headquarters for something far nastier than just an airport like the New World Order after a zombie apocalypse.

Countries You Need To Travel To If You Like Food!

16 Travel Gifs From Your Pre-Corona Days

The Best Jazz Cafe/Restaurants To Visit In India

In India, music lovers are only just really waking up to genres of music other than Bollywood and international pop. The independent music scene in India has been growing by leaps and bounds recently, but the craze for jazz precedes this trend by decades. This is indicated by the fact that in 1947, there were around 60 jazz bands in Mumbai itself! In metro cities like India, Bangalore and Pune, jazz lovers have kept alive a thriving culture of appreciation and enjoyment of jazz music. 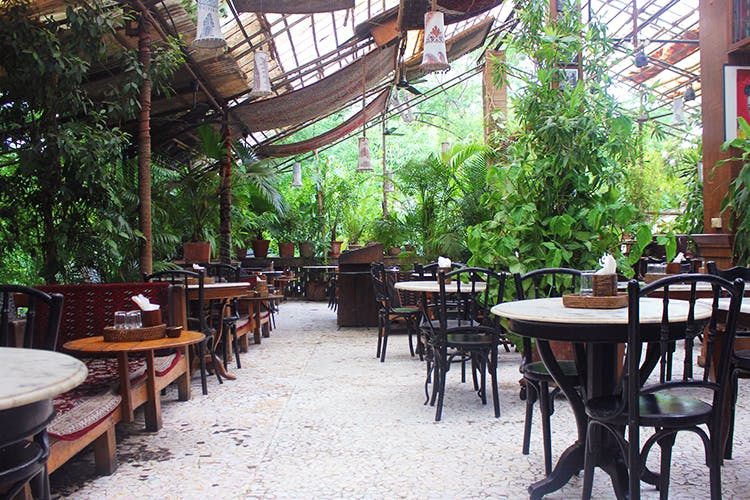 Amazing vintage vibes with a chill ambiance and great live music, Shisha Jazz is one of the must-visit restaurants in the city of Pune. They have live jazz music performances every Thursday and also hold an amazing jazz music festival in August. This is one of the best places to hang out with your music lover friends. The food is also great, the staff is courteous and the service quick. 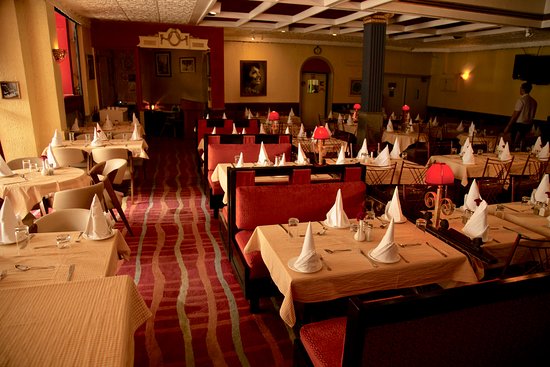 Trincas on Kolkata’s entertainment street Park Street is one of the best places in the country to experience classic jazz music from the sixties. Also, this is the very place where an 18-year-old Usha Uthup found her voice and went on to make her mark as a singer. Other prominent performers include Biddu, Tina Charles, Benni Rozario and Eve. The place resurrected its live music scene in 2015, with the promise of holding hour-long gigs every Saturday. Touted as one of the most Instagram-worthy restaurants in New Delhi, Le Bistro is perfect for lovers of European cuisine and jazz music. It’s one of the few places that hold a weekly celebration of jazz music known as Jazz by the Park every Wednesday and Friday. It’s a very romantic setting that is tailor-made for romantic date nights with someone special. Le Bistro is a very cozy place and has excellent food complemented by great service and courteous staff. As suggested in the name, The Piano Man is for pure jazz fanatics. With the greatest jazz musicians name engraved in the bricks of the restaurant. That isn’t the only thing which sets your mood. From the lighting to the food. From the decor to the service. They’ve got the formula just right. Take your date to this fancy place. With the beautiful live music, it will enhance your experience. Also, if you are a musician. You could play here.

This place is famous for its all-day breakfast menu and delicious European cuisine. Live performances are one of the many USPs of Zoe, alongside affordable food and peppy, casual vibes.

Also read- Magical Places All Over The World

Countries Where Indians Cannot Travel To

END_OF_DOCUMENT_TOKEN_TO_BE_REPLACED

Who doesn’t love travelling with their furry friends? And for that some dog travel tips are very important! Long road trips are enjoyed by some dogs, while others quiver at the mere prospect of getting into a car. But anyway, if you want to drive long distances in a car with your dog, then good preparation and attentiveness is required before and during the trip.

These are few dog travel tips to help your furry friend!

Make sure everything is packed

You need to make sure you’ve got everything they may need on their journey to keep your dog happy. Usually on the long road trip and once you’ve finally arrived at your destination.

Never take them on trips during vaccination

Although travelling with puppies is great, ensuring you get them used to car trips ahead of any long road trips can be tough. Make sure you wait until all their vaccinations are full. Usually, this will be by the time they are around 14 weeks old.

Waiting until your puppy is completely house-trained is also advised, so you don’t run up a big hotel bill!

Take your dog to a quick drive to the store, veterinarian, to another doggie park or even to training lessons for puppies. This ensures that your dog gets used to car trips as best as possible.

And hopefully some trips are expected to take them somewhere fun and exciting, so they understand that the car is fine.

Protect them from Sunshade

Temperatures inside cars will still be much higher than outside temperatures, even though it’s not a especially hot day. It is recommended to put a sunshade inside your windscreen before you drive so that inside the car it’s a little cooler.

You can also buy some sunshades for the back windows. So that during the car ride your dog will not be lying in patches of sun. Install these the night before your trip as for windscreens above.

Tire up their energy

By making sure your dog has used up all their pent up energy, he’ll be more likely to just go in the car to sleep.

Keep the radio on if you don’t talk for the whole ride. Also, let your dog chew on an antler bone. Else, a kong filled with delicious treats, or some of their favourite toys. The act of chewing alone, after a while, should tire them out.

Have plenty of toilet breaks specifically, every 90 minutes to 2 hours. Also, this will need to be reduced if your dog is less used to long road trips.

You should also let your dog do their business as soon as possible when you arrive. If they are desperate, even the most toilet-trained dogs could go inside.

Dogs would also need plenty of water as they ride in vehicles. In case of traffic or delays, you can ensure you have enough to cover the entire journey plus some extra. And if you buy a bottle that has a bowl compartment attached to it, it will make things simpler for you. Mainly, because the dog can almost drink straight from the bottle.