We all leave a part of our heart when we leave home for any reason that it may be. Throughout the day at work, or in college all we look forward to is to go home and relax. The living room is the part of the house that is exposed to anyone first as they enter the home. In this case, take a look at Living Room Accessories that are very much needed to give your living room the perfect look.

Plants give a fresh vibe. They keep you close to nature and so set a lively vibe. The benefits of plants are not unknown. There are flowering plants that give out fragrances. Fragrances are a means of stress reduction. Apart from that, plants also add up color to your surroundings. With plants around you, there is also a fresh lively flow of air.

Rug is one such Living Room Accessory that is like the decorating palate of your living room. One can use rugs as the focus of the entire living room. On contrast they can also be used as a soft yet complimenting accessory for the area. There is a different pleasure to have a soft, cozy texture under your feet. In addition to this, the best part is that rugs come in all colors, patterns adn sizes.

Wallarts may include paintings. Paintings can give a different touch to the walls of living room. With a little care about contrasting of colors, you can add a pretty piece to your wall which will make them more precious. Paintings can be scenic, geometric, abstract and many other artistic forms.

Chandeliers give a statement finish to your living rooms. They also add to the elegance of the decor. No living room feels complete without a chandelier in it.

Glo is an icon of our collection, a glass sphere that enhances the glare of light, in a game of reflections and references between the lamp and the space or between the lamps between them. The rich palette and the different sizes of the suspended variant are an invitation to the composition #luxury #luxurylifestyle #luxurylighting #lights #decorative #decorations #italian #italy #delhi #india

Candles are peaceful, calming and soothing. Normal candles are themselves so soothing. In addition to this, the ones which are scented are a blessing.

All different scents of vanilla. My favorite. The crackling of the woodwick with 90s R&B playing in the background. And puppy dogs softly snoring. My happy place… . . #latenights #earlymornings #music #candles #candlelight #peaceful #moments #enjoythelittlethings

Candles make the room more inviting. They give a cozy feel to the living room. The soft glow spread by candles give an instant makeover to the room. The ambience creating by candles is charming.

A post shared by Jennifer Pysnack (@decoratingdenjenpysnack) on Feb 13, 2020 at 1:00am PST

If you want to learn more about your emotions visit here.

Popular Genres Of Music Of All Times

Buddhism is all about finding inner peace and controlling one’s self-desires. Not many people are aware of the fact that Buddhism is the fifth largest religion being followed all over the world. It has over 520 million followers who comprise almost 7% of total world’s population. The religion is encompassed by the teachings and beliefs of Buddha.

One of the core beliefs of Buddhism is the idea of right mindfulness. When we’re mindful, we stay in the present moment and really pay attention to what we are doing rather than dwelling on past events or worrying about future ones. This is the real heart of Buddhism. Wisdom will emerge if your mind is pure and calm. So next time you practice mindfulness  you would certainly see the difference in your mood. 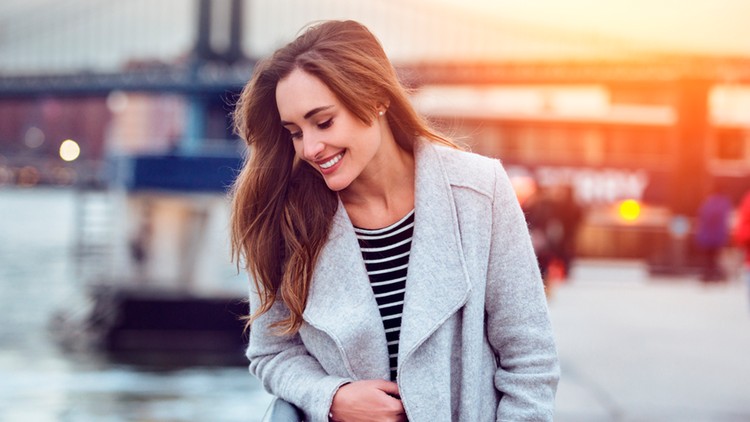 The Buddhist principle of equality says that all living entities are equal. In addition, the Buddhist belief that we are all connected makes a nonsense of comparing ourselves to others. There is no superiority or inferiority when we are all parts of a unified whole.

Buddhism says that relying on materialism to bring us happiness is a false refuge. While money is important in that it helps us meet our physical needs, we will not find long term satisfaction in striving for money and material goods. Scientific studies have suggested the same. People who put money high on their priority list are more at risk for depression. 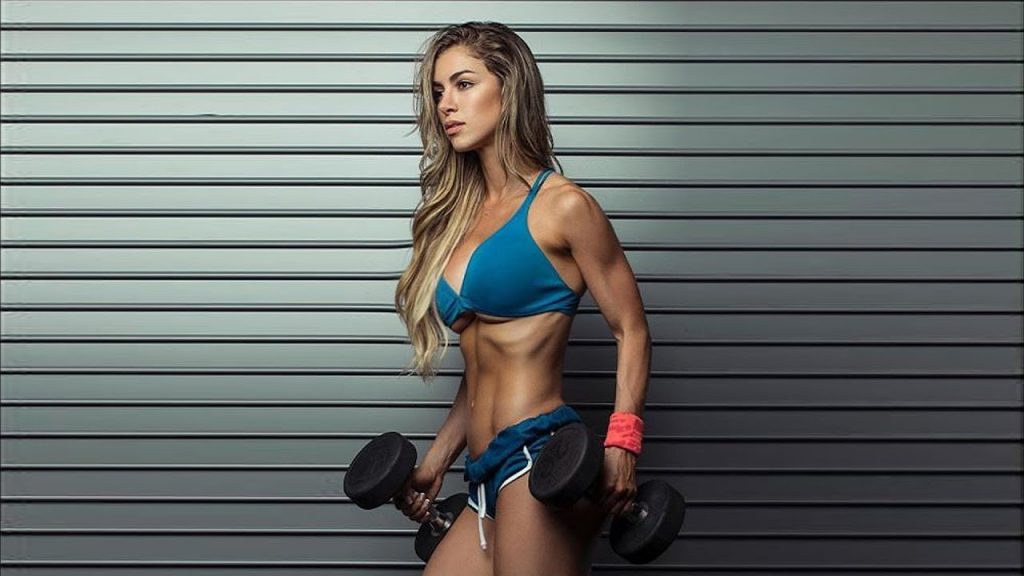 Bodhipaksa says that ‘The whole point of being a Buddhist is in order to attain spiritual awakening — which means to maximize our compassion and mindfulness. What could be more meaningful than that?’ The Buddhist principle of right effort tells us to find a balance between the exertion of following the spiritual path and a moderate life.

Adults and kids sitting on the grass in a garden

To the Buddha, spiritual friendship was the whole of the spiritual life. Generosity, kind words, beneficial help, and consistency in the face of events” are the things that hold people together. Buddhism also emphasizes the idea of non-attachment, which allows us to love our friends and family unconditionally without any need or desire to control or change them. 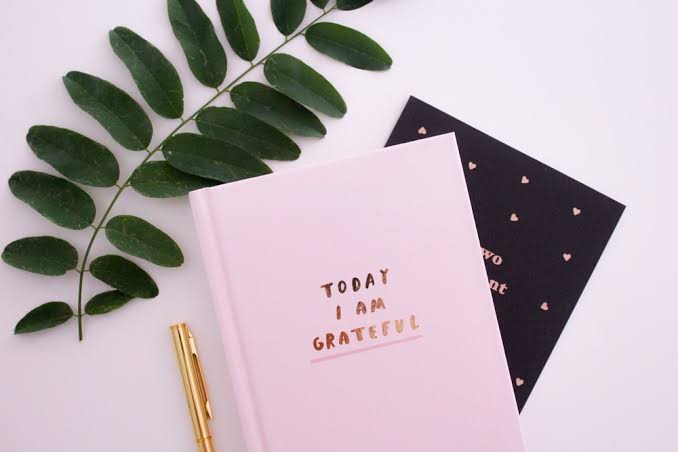 The Buddha said that gratitude, among other qualities, was the highest protection, meaning that it inoculates us against unhappiness. It is by being grateful and appreciative that we begin to focus on the blessings in our lives, which makes us more positive and happy.

Buddhism has always emphasized the practice of dana, or giving. As well as giving money or material possessions, Buddhism recognizes the benefit of giving less tangible gifts such as time, wisdom and support. Generosity is a gift you can give yourself. Being generous take courage but it liberates you heart and mind. 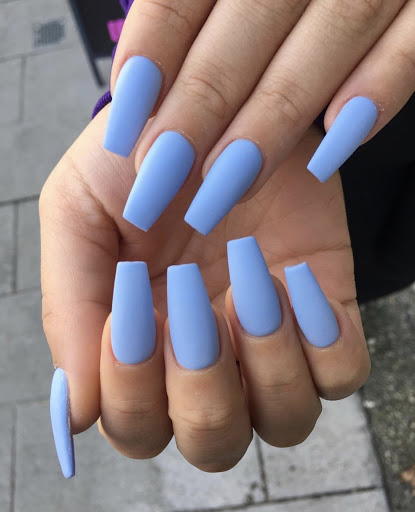 Nail care is something that we ignore many a time. However, you cannot deny the fact that nails are an important part of our body and should not be ignored at any cost. Today, we have brought to you some nail care tips that will help you get stronger, healthier and nourished nails. These tips will help anyone who is trying to grow their nails, improve the quality or just wanting to maintain them.

We have some tips from the nail experts of the industry, right here:

We have often seen our cuticles become dry and rough, so do not let them damage and get it the habit of applying cuticle oil daily. You can also apply olive oil before going to bed, that works just fine!

Do not miss your nail tools

While taking care of our nails, we forget to take care of our of the tools we use for nail care. Thus, one of the most prompt nail care tips would be to clean and sterilize your nail care tools.

Use A Good Moisturizer

A simple, yet effective way to stimulate your nail growth and prevent your nails from becoming brittle! 🧡

We know how much popular hand creams have become nowadays, hence, it shows how important it is to use. Keep your nails well-nourished and that will benefit your nails as well.

Give your nails a break

While we all may just love getting nail extensions, it is necessary to give your nails a break. The acrylic can make your nails brittle and affect the growth of your nails.

You must invest in good nail care tools. A filer is a requirement that you can never ignore and one should keep one handy in case of emergencies and keep your nails in shape.

In case you're not aware, healthy nails also start from a good diet. #nailcaretips #royullife #inneryou

File your nails in one direction

Filing on the natural nail correctly is essential to keeping your nails strong and beautiful!🌸

When filing your nails, make sure that you file them in one direction only. You can also decide which shape you want to opt for, which is almond, round or square.

In the end, do not take the stress of the maintenance. Just try to have fun, keep them moisturized and clean and once in a while experiment with colors and keep up with the joy!

Have you started your nail care routine yet?

For more such news, visit here.

Popular Genres Of Music Of All Times

Music nowadays has become a part of our lives. There are various genres of music which could suit-up according to every mood of a person. Be it music for times when you are happy, when you are sad, at times when want to pump yourself up, while your are romantic, and what-not. There is music for everything. It has not only inspired millions but also has given a new direction to the world. In this post we are going to talk of some of the popular genres of music which have been millions of fanbase all across the globe.

This music was developed in the United States of America and has grown its popularity ever since that time. Hip Hop probably originated in the 1970’s and is generally known as the Afro-American Music form.  Some of the popular musicians of this genre are Drake, Eminem, Kanye and others.

This genre evolved from the rock n roll form of music and was introduced back in the 1950’s. The Rock music is somewhat known as the pop from the rock n roll. This genre is further sub categorised into hard rock, metal rock, classic rock, opera rock and psychedelic rock. Some of the popular musicians of the genre are the Linkin Park, The Beatles, Pink Floyd, etc.

Perhaps the most common genre of music is this one. The Pop music originated from the UK and US and emerged from the mid-1950’s. This genre not only creates maximum no of hits every year but also is the easiest to create of all other genres. Pop is known ‘pop’ because it is popular. The best example for the musician of this genre of music is Michael Jackson.

This music genre has its deep roots from the Western culture and is probably one of the oldest forms of music. With its traces from as back as the 17th century, the classic genre has witnessed some of the greatest musicians the world has ever seen, such as Mozart, Beethoven, etc.

The EDM or the Electronic Dance Music came up during the late 1970’s and is mostly comprised of digital music. This genre can usually be heard in the nightclubs and parties and is more of a funky style. This style of music has been enlisted as the 3rd most popular music genres of all time and has quickly captivated hearts and minds of millions.

This music genre is basically one of those styles that of the country music and generally involves people who are not very much professional in this field. The singers of this genre do not just sing the song, but they convey their emotions through their singing. The Folk genre uses the traditional instruments for it gives it the special charm to the songs.

This genre of music emerged from the African-American communities and it derives its features from the Blues and ragtimes. Also known as the American Classical Music, this music genre originated in the 19th century. Some of the popular musicians of this genre are Miles Davis, John Coltrane, Louis Armstrong, etc.