Gone are the days when self-depreciation was cool. Now, it is cooler to be able to be kind and loving to yourself – as it should have been right from the start. We spend all of our lives with ourselves. We are present in our failures, successes, and all things in between. But if every day of this long and eventful life is filled with thoughts that only serve to degrade and demean us, how can we flourish? If you also struggle to think of yourself in a way that builds you up instead of breaking you down, this article is here to help. Read on:

Whenever you feel a self-deprecating thought or tendency creep up on you, pull out your secret weapon – affirmations. Affirm yourself about that specific thing – be it about how good a job you have done, or how dedicated you have been lately, how loved and cared you are, etc. A kind affirmation can go a long way in providing relief to our insecurities and inner restlessness.

We’ve all come across fake news. It’s in the newspapers, it’s on the radios and TV. But sometimes, even our brain can give out fake news. Each time your brain tells you that you are not enough, that you are not worthy or beautiful or loved – question that thought. See, you have the choice and the power to believe what you want.

Don’t be so hard on yourself

Let’s say you forgot to thank the guard who opened the door for you this morning. Are you going to beat yourself up about it all day? These things look like grave blunders only inside our head. In reality, you can totally make up for your slight slip-up the next time you meet them.

Be proud of your progress

When a small child finishes a puzzle or draws something, we are quick to reward them with praises and gifts. The same way, when we overcome something we thought was impossible – it does some good to sit back, appreciate our efforts, and pat ourselves on the back. As the famous quote goes, “Take pride in how far you have come and had faith in how far you can go.” Seeking validation from inside is a great way to be self-secure, too.

Here are three myths related to going to therapy you should know about!

5 Clever Ways To Arrange Alcohol On A Dry Day!

Pleasant And Welcoming Changes in Language!

Language is a means of communication in all species of animals. Be it humans or other animals, all use language. However, humans are the only species that are blessed with a rich vocabulary. In addition, the human system of language is also universal to a great extent. For instance, the Hindi spoken in different parts of the world may be different. For example, the tone, the use of words, the accent. However, in all these cases the underlying rules of the language are universal. A means that brings together and binds different words of the language is a dictionary. In this post, discover the Pleasant And Welcoming Changes in Language through this very means.

Pleasant And Welcoming Changes in Language

What changes in language are we talking about?

There are a lot of rapid changes which the language of today has gone through. However, the language that we are referring to here is only English.

There is a trend of releasing the “Word of the Year” that dictionaries follow. This is usually done by the end of each year. For example, in 2013, the “Word of The Year” was Selfie. However, this year, 2020, has been more eventful as it has to it more than just one Word of the Year.

There are already a lot of changes in the language that have taken place.

The popular US dictionary, Marriam-Webster Dictionary, has made its fasted update in these times of pandemic. For instance, the word Covid was coined by the WHO on February 11. However, by 18th, the word has spread across the globe and had also made a place in the dictionary for itself. This progress is the fasted ever.

In addition, they are also considering to add newly seen words like ‘doomscrolling’ and ‘doomsurfing’. Both of these are pretty recent words. The first one appeared on twitter in 2018. Later, the second one has been recently seen in March for the first time ever.

A huge shout out to the Marriam Webster Dictionary for their decision earlier this year. When a young university graduate sent them a mail pointing out the inadequate nature of their definition of ‘racism’, a pleasant change in language took place. According to the new graduate, the definition should include ongoing systemic oppression as a part of the definition. Later, the editors agreed to this. This extension of the definition will be soon available in the dictionary

The Oxford English Dictionary is looking forward to an update with words like ‘WFH’, ‘Social Distancing’, ‘community spread’, ‘contact tracing’, ‘self-isolate’ and ‘contactless’ in the new edition.

This one is a subtle yet important change. The news and the press companies will not be capitalizing the ‘Black’. For instance when race ethnicity or culture is being referred to.

The Scrabble Shines As Well………

We all know of the popular game scrabble. The North American Scrabble Players Association has come up with a new stand. They have a demand for restricting the use of 238 words that may stand out as racist or sexist slurs. For example, the N-word, ‘bitch’ or ‘culchie’ are all not welcome. However, the stand they have taken is indeed a welcoming one.

It’s not just in the US or UK, but also in India. For instance, a popular company has brought changes in their language. This is a big change in terms of their identity but a pleasant one. For instance, the brand ‘Fair and Lovely’ has taken a decision to drop ‘Fair’ from their name. The word has been a part of the brand’s identity and many households for many years now.

Indeed seeing the change in language when it comes to using of derogatory terms or black mascots is a proud one. The idea of saying no to racial stereotyping for gaining profits shall soon end is all we happily hope.

In addition, read Anti-Racist Books That Everyone Should Read! 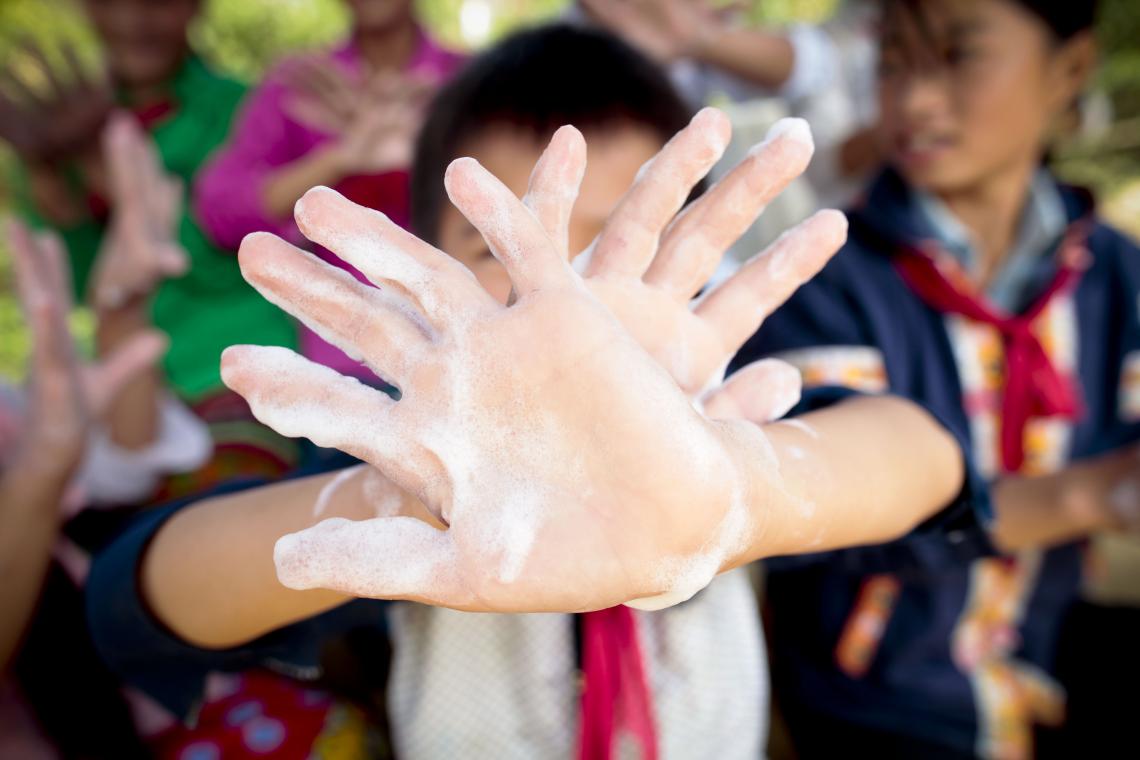 Maintain at least 6 feet distance between yourself and others. Because when someone coughs, sneezes, or speaks they spray small liquid droplets from their nose or mouth which may contain the virus. If you are too close, you can breathe in the droplets, including the COVID- 19 viruses if the person has the disease. 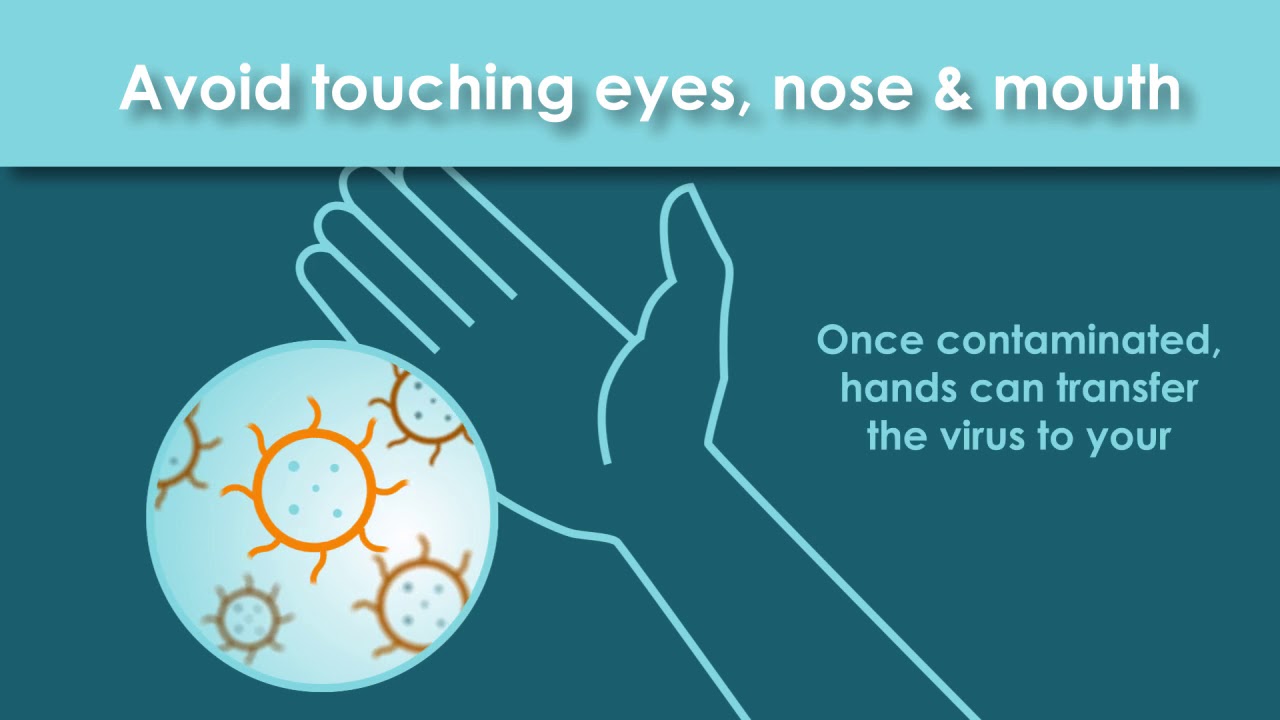 Avoid touching eyes, nose and mouth. Why? Because Hands touch many surfaces and can pick up viruses. Once contaminated, hands can transfer the virus to your eyes, nose or mouth. From there, the virus can enter your body and infect you. Also, you might do it unconsciously, maybe to adjust your glasses or itch your nose. That is why washing and sanitizing your hands is of utmost importance.

This is not just for COIVD-19, but actually any disease, even a common cold. If you’ve been sneezing or coughing and covering it by your hand, then you’ve been doing it wrong. Because it is usually your hands which are the carrier of disease. It is advised to sneeze/cough on your elbow or shoulder. Further, you could also use a paper tissue.

Face masks are the key to fight the virus. If you are using masks and gloves, you are doing a great job! But are they clean? Face masks are directly in contact with your face. Therefore it is of utmost importance to wear clean ones. If you have been using one mask over-and-over, it is advisable to either clean it or replace it. As for rubber/latex gloves, it is better to sanitize or wash it, the world doesn’t need more plastic!

For more information on COVID-19, https://www.who.int/emergencies/diseases/novel-coronavirus-2019

A Guide To Posture Correction Bras

Larger breasts have always been eyed and ogled at, but only women know how inconvenient and uncomfortable that gets. Apart from being the center of attraction, women with overly large breasts suffer many health problems. Some of the consequent health problems are skin rashes because of bra straps, nauseousness, headaches, shoulder grooves, numbness and shortness of breath. Thus arises the need for posture correction bras.

The unbalanced size and weight of large breasts are the primary reason behind the poor posture which also raises the subsequent discomfort in your neck and shoulders. Heavier breasts can, therefore, cause upper back pain, neck and shoulder pain by altering the curvature of the spine which can have a significant impact on your posture in the long term.

The posture imbalance, if not corrected at the earliest, can cause a series of severe, unavoidable painful conditions such as scoliosis, dowager’s hump, and even ribcage.

The easy availability of posture correction bras has shown some serious health conditions improvements in:

Designed and developed by the best and well experienced orthopaedic specialists, these are made of an exclusive elastic material with skin-friendly fabric mainly spandex and nylon for best relief and comfort.

Best Posture Correction Bras For You

Comfort Choice women’s plus size lace posture bra is developed and designed to give you the best posture benefits without any painful side effects. The use of comfortable fabrics and the cups that are designed to flatter the shape of the breasts are available in a combination of style and comfort.

Its crisscross pattern across the back and the front hook and eye closures gives you the comfort that you’ve been looking for years.

The advantages are as follows:

If it’s your everyday struggle and toil for you to fasten the back closure of your bra then this is the one to go for. Because of its availability in all sizes and daily wear colors, Playtex posture bras are one that comes with significant benefits like ease to fasten & unfasten.

It means to add value to your back and not to forget you are less likely to experience the neck and back pain or have skin rash because of the hook closures. You can put it on without worrying about the straps sliding or digging into your skin owing to its clever construction.

Just My Size Women’s Plus Size is a Pure Front Close Wire-Free W/ Wicking is a full figure bra that offers women several different back supports. It is a perfectly comfortable and affordable bra that provides a seamless look under the clothes. A front hook closure allows quicker on and off. The breathable cotton can be worn all day without any discomfort.

The following are the benefits of this bra:

The unawareness by the women of a posture correction bra-like Leonisa Women’s Posture Corrector Wireless Back Support Bra can eventually cause severe health and skin problems.

Leonisa Posture Bra does help you in: