We all are aware of the economic slowdown of the nation. What we don’t know is that it is affecting the travel industry as well. Indians have surely cut down on their vacations and trips. This took place due to the intense circumstances in the economy of the country.

Yes, recession has surely hit the nation. That is why the citizens of India are trying to save as much money as they can. Hence, from a week-long lavish foreign tour, people have come down to weekend getaways and road trips only.

According to Nishant Kashikar, Country Manager – India & Gulf, Tourism Australia, “A key trend witnessed in this segment is their (Indian travelers) ability to take shorter and frequent holidays, planning much earlier (for every possible long weekend), and leveraging the sharing economy model and the low cost carrier (LCC) segment. Value-conscious Indians are now planning smartly by booking their trips well in advance and leveraging flash sales and discounts, instead of opting out of travel completely.”

This is how the Indian repo rate and economic growth graph looks like: 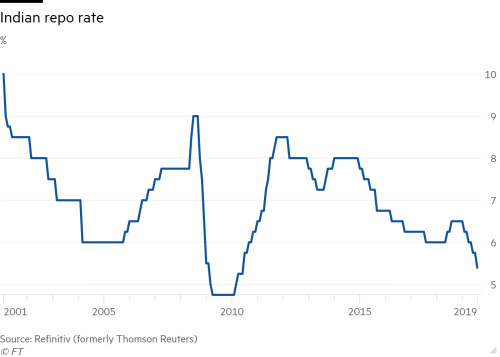 The above image is a clear indication of the economic slowdown of the nation. Travel industry is directly affected by this slowdown. This is because people spend lavishly on their trips only if they are financially sound. Also, financial stability allows them to exceed their monthly budget.

He further added, “We have observed an increase in demand for homestays as travelers, today, are looking for the most authentic domestic travel experience. They prefer good accommodation at affordable prices, added facilities, and convenience of the local regional flavour.”

Well, this is definitely not a good news for the travel industry of India.

For more such news, visit here.

Related Topics:EconomyindianrecessionTraveltravel industry
Up Next

Going On A Vacation? Store Your Documents Wisely

Scholarships That Aids Your Study Abroad

India saw an extension in the lockdown on May 30. The month of May and its scorching heat has got us all uncomfortable. In addition, due to the lockdown we cannot even travel. Therefore, its the boredom and heat both bogging us down.

Worry not! To help you kill the boredom and to help you beat the summer heat, read this post. This post is about the different places where you can set out to do Virtual Scuba Diving.  Since all of us have missed traveling in these summer vacations, you can dive deep in the water here.

What is Scuba Diving? 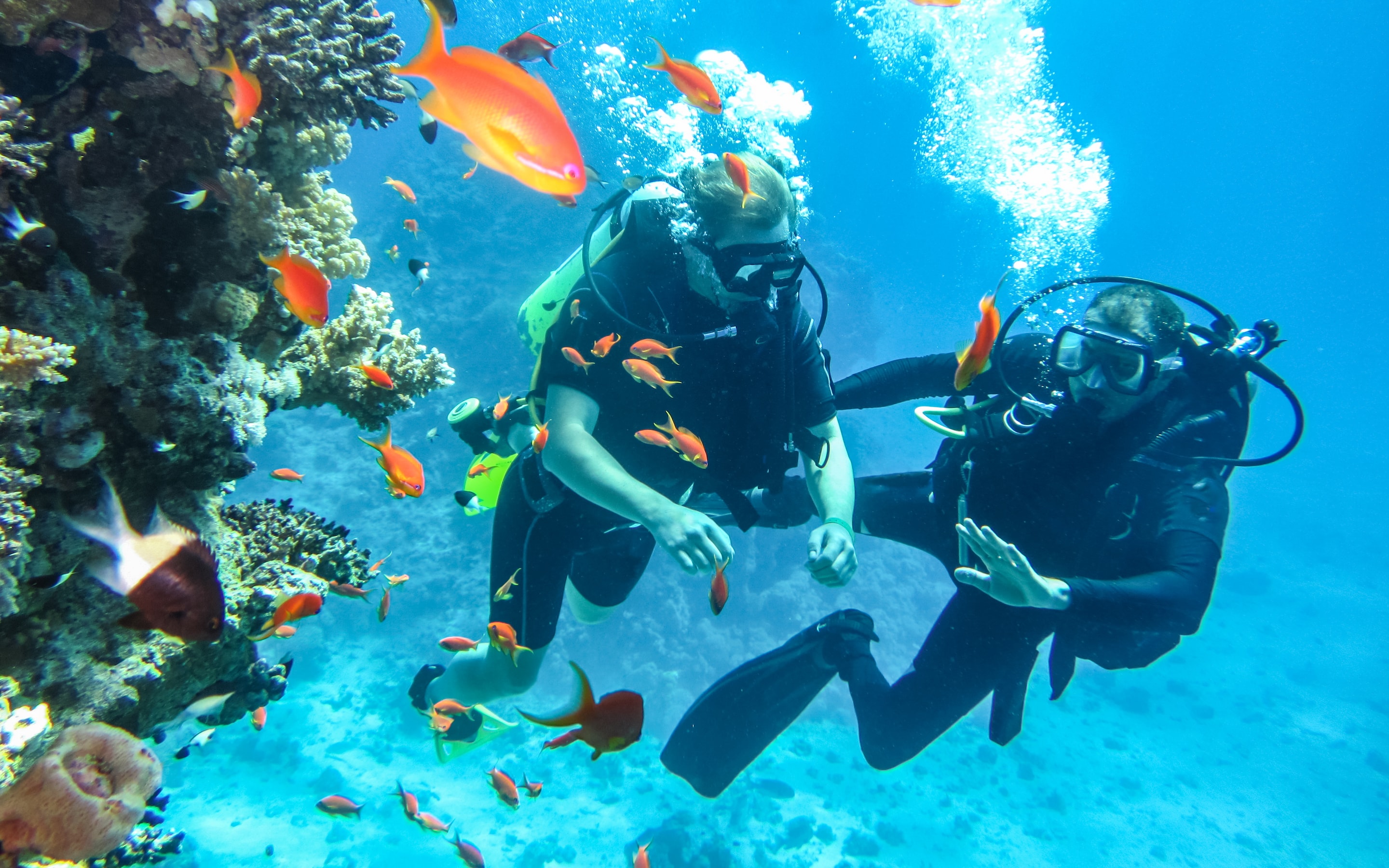 Scuba diving is the act of diving deep under the waters. While doing this, this diver is self- contained with all the necessary equipment. For instance, the diver carries a breathing apparatus called as scuba with them. The apparatus helps the divers to breathe underwater.

A scuba diver attaches fins to their feet that help them to navigate underwater. By doing this one can explore the different creatures.

Though at this moment, scuba diving is not possible, that does not restrict you from your tour. Here is where virtual scuba diving comes into the picture.

What is Virtual Scuba Diving? Virtual Scuba Diving is a way to witness all that you can witness in a normal scuba diving session without getting wet. It gives a 360 degree view of marine life. You can watch amazing habitats, animals and different varieties of marine life.

The team of national geographic has created a full 36-degree view of marine life at different places. There are a lot of marine places that one can see here.

Sharks, coral reefs and ice glaciers are all at display here. Set on an adventure to do some deep-sea diving. Or tour the wild rivers of Canada. In addition, go underwater on Bermuda’s Shipwreck.

With Virtual Reality of Go Pro camera’s, you get some additional dose of underwater life. Check it out here. Watch sharks and much more there.

To educate people with marine life, here is National Marines Sanctuary with its 360-degree photos. Do check them out here.

The Most Beautiful Villages In The World

Who doesn’t love big cities? But there are a lot of them around the world the feel remarkably similar. They consistently feature skyscrapers, crowded streets, and busy people in business suits.
Although, if you want to have the best way to travel experience it surely has to be a fundamentally different culture to explore the smaller villages away from the big cities.

Below are the 8 most beautiful villages in the world that immediately show how unique they truly are.

Situated on the banks of Inle Lake, Shan State village in Myanmar is definitely not the easiest village to get to. But if you get the chance, it is the opportunity of a lifetime!

Popeye village, located at Anchor bae in the north-west corner of the Mediterranean island of Malta. It was an also film set from the 1980 musical ‘Popeye’, now a theme park village with boat rides & food outlets.

It is a beautiful small town of Carvoeiro situated on the Portugal coasts. It is a fantastic destination to witness beautiful ambience and have a relaxed, peaceful holiday.

Surrounded by olive groves and lavender fields, Simiane La Rotonde is a beautiful hilltop village depicting the ancient medieval vibes. It has flower filled cobbled streets lined with pretty houses and artistic studious to die upon!

A tiny and incredibly picturesque village situated in Norway is the best place to discover the Lofoten Islands.  Hub of fishing, the village has earned the title of the ‘most beautiful village in the world.’

Situated on the rice field in southern China, this village is the significance of what peace looks like. It is located near Zhaotong District, Yunnan Province.

Hallstatt is one of Austria’s oldest and most famous towns. It has 16th-century Alpine houses and is home to scenic coffee shops and cafes. It also has a trail which leads to Echelon Valley glacier garden with beautiful glacier view.

Shirakawa, Gifu village in Japan. It is known for being the site of Shirakawa-go traditional village showcasing a building style known as gassho-zukuri. Moreover, it has enormous fields of sunflowers which is a delight to watch!

Is It Safe To Visit Nuclear Disaster Sites?

“Mankind invented the atomic bomb, but no mouse would ever construct a mousetrap.”

There was a time when countries and nation-states were in the rat race to acquire the monopoly over nuclear weapons. That was the time when the nuclear proliferation of these weapons was growing at an increasing rate. The weapon states and non-weapon states were at loggerheads with each other. Sooner and later, every country embarked on their individual capacity to build nuclear reactors and now if we look back, no good was achieved. The hunger games to redistribute the balance of power has led to the loss of lives and abandonment of places where once life perpetrated in the underbelly of once-safe nuclear disaster sites. Nuclear disasters occurred and left a legacy no one wanted. We earned but at what cost? Now that we are tackling with an invisible enemy ourselves, here’s a look at what these nuclear disaster sites look like today and whether it is safe to pay a visitation or not.

More than 33 years ago, Chernobyl became the world’s worst nuclear disaster site. The plant crew intentionally switched off the safety systems to test the turbine.

Chernobyl has been opened to tourists and public since 2011 when the government authorities deemed it safe to visit. Given that you follow the orders of the tourist guide, you can prevent the radioactive from perpetrating your body.

The main danger is not radiation anymore, but the unsafe structures which have been deserted for 30 years, and lots of metal has been stripped away. So go around in groups, and obey the guide’s instructions.

9 years after the nuclear accident, Fukushima is expectantly opening up for Tokyo Olympic games 2020. The Japan government declares that Fukushima is under control.

One week after the establishment of White Sands Missile Range (WSMR), the world’s first atomic bomb was detonated in the north-central portion of the missile range, approximately 60 miles north of White Sands National Monument.

This site is now open to the public twice a year. It is located on the White Sands Missile Range which is an active military installation in New Mexico. The atmosphere is quite a circus with people bringing screaming kids, strollers, beer coolers, bicycles, dogs, and everything else you could think of.