Sari, the traditional wear in most Indian functions is an elegant and extremely beautiful attire. The creative designers of Bollywood, have come up with some of the most iconic drapes of Bollywood. Indeed, these have been the favorite of many fashion lovers. Equally important are those actresses who have made this sari’s a rage among fashion lover. In spite of their age, young and old equally, have got similar sari’s for themselves.

In this post let us take a look at some of the most iconic drapes of Bollywood. 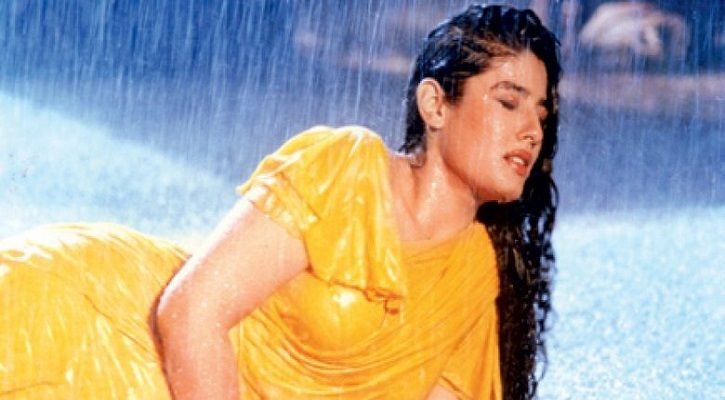 Raveena Tandon wore this sari in the song ‘Tip Tip Barsa Pani’. Indeed, it is hard to tell what swept our hearts away! The sensuous lyrics of the song or the ravishing diva Raveena in that orange Sari. In spite of being rather simple, the sari became an instant hit among all ladies.

The Sexy Sushmita and her Iconic Drapes 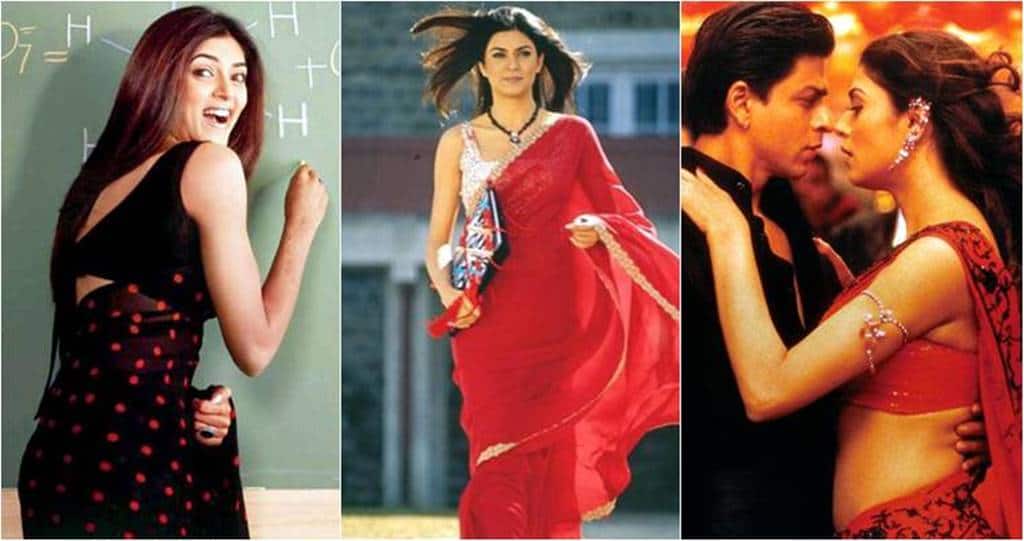 Sushmita Sen, The Miss Universe of 1994 did not make just one sari famous. Instead, it was an army of different saris that she has worn in the movie Main Hoon Na.  As you can see, many saris that Sushmita wore in the movie become very famous. In addition, most of these saris are still famous even after so many years. Actress Priyanka Chopra wore this awesome sari in the song Desi Girl which is a part of the movie Dostana. 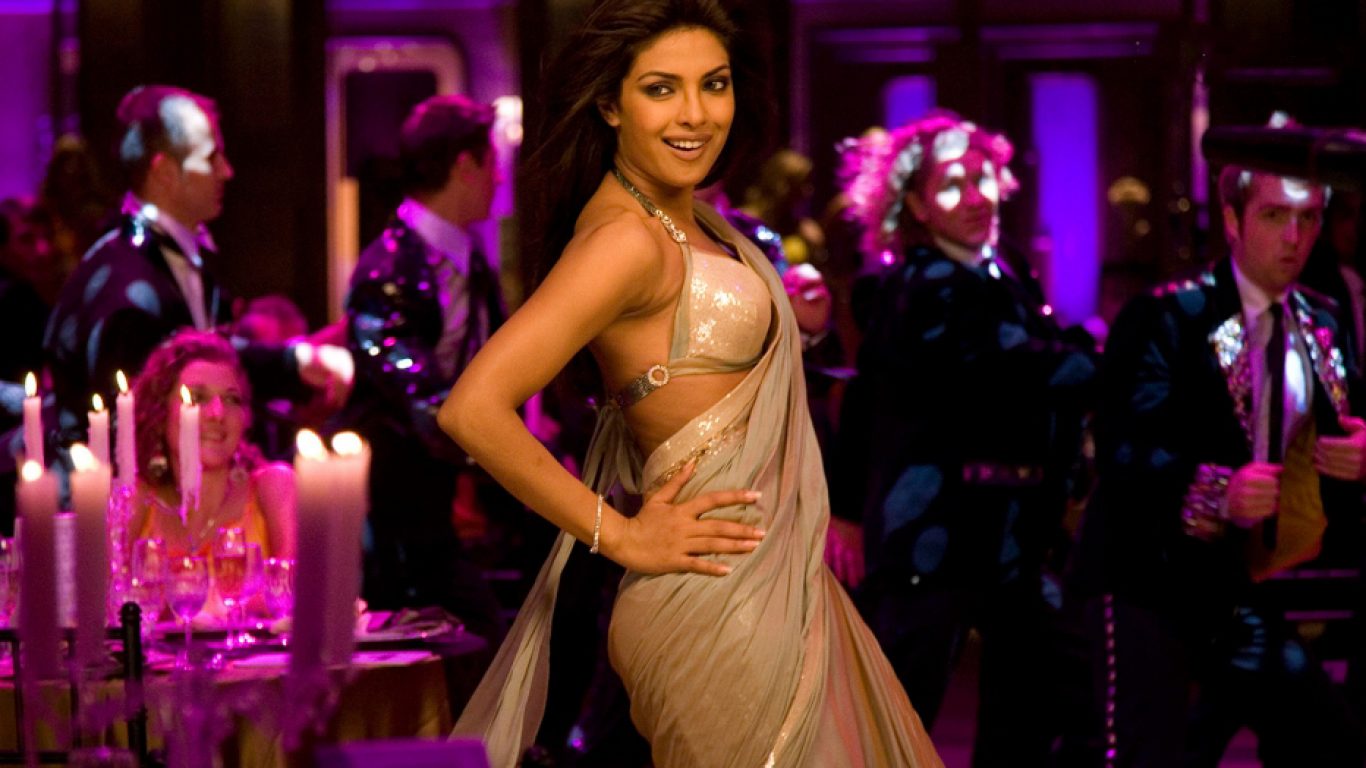 The Iconic Blue Drape of Bollywood

This iconic blue sari was seen on Deepika Padukone in the song Badtameez Dil. After that, this sari has been bought by so many. It is commonly seen in various events. 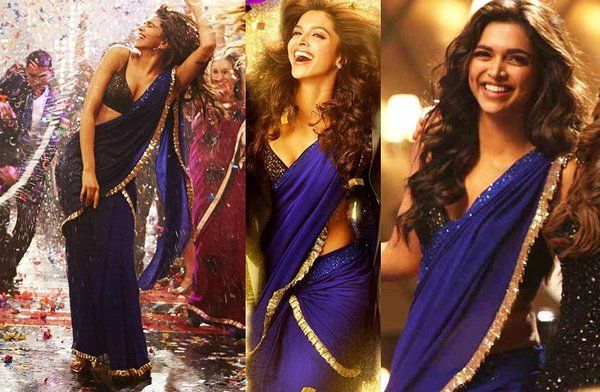 The Iconic Purple Drape of Bollywood

This iconic drape was seen in the movie Hum Aapke Hai Koun! In addition, we also got the gracious opportunity to see a dancer like Madhuri Dixit groove on the tune. 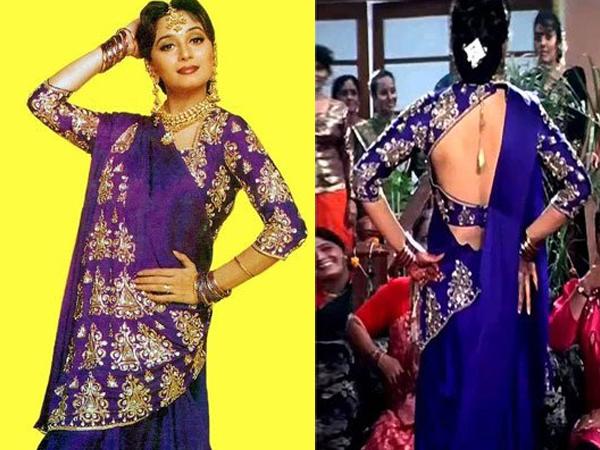 The Iconic Drapes of Bollywood From Devdas

This movie has given us not just one or two but many royal drapes. 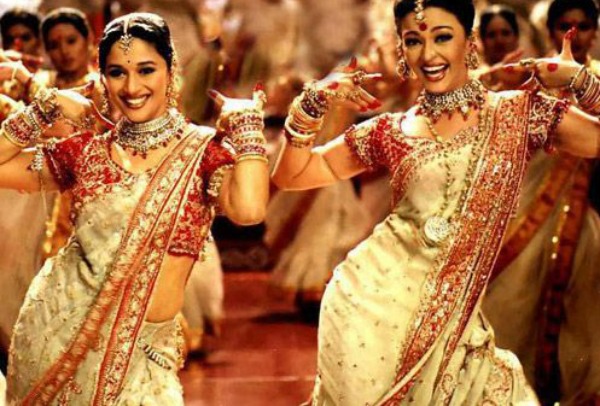 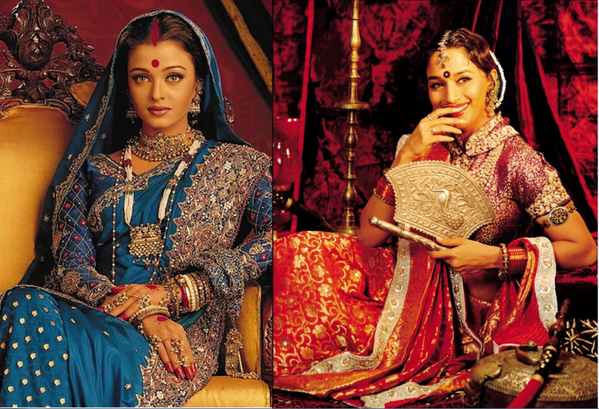 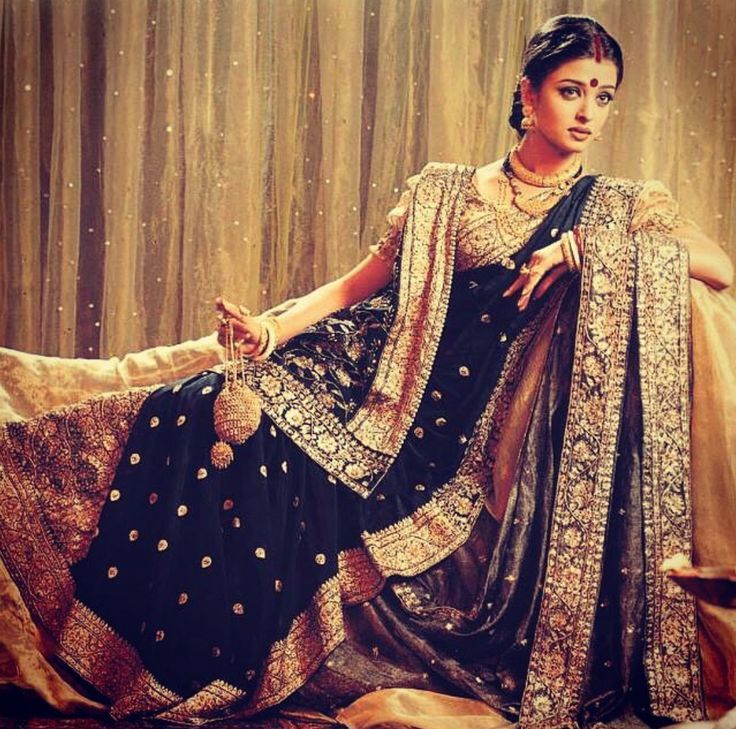 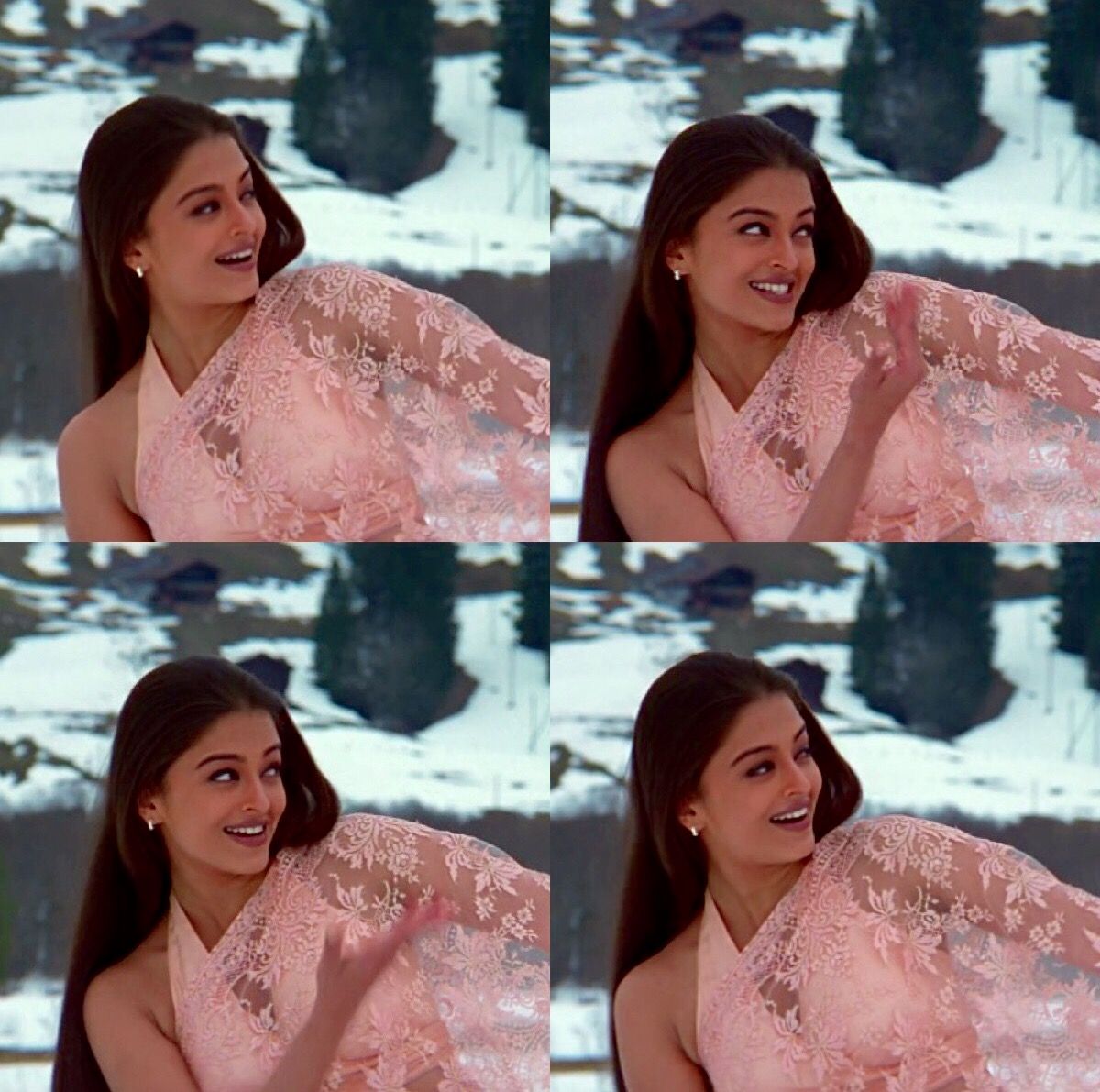 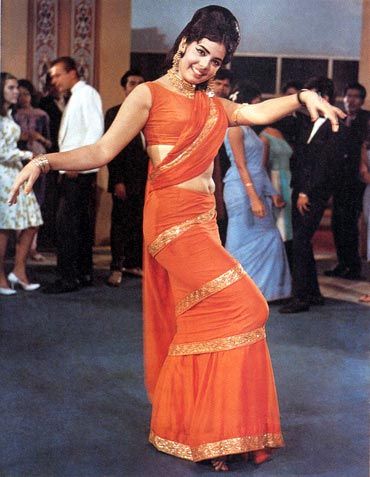 In the post-interval part of the movie, Kajol wore some mesmerizing sari’s. Though most of them were in pastel or light colors, they were soothing to the eye. However, the red one remains to be the most famous one. Also, check out Karisma Kapoor: The Diva And The Fashion Guru

4 Sustainable Indian Brands To Buy From

Fashion Items That Are Secretly Damaging Your Health

The 90s was a decade of the best pop music, Tv series, movies and undoubtedly the fashion statements that left a huge impact on us that we continue to recreate them till today.

Even if you don’t relate to the 90s, there’s a nostalgic haze that it brings with it.

The Rachel Green of Friends and Sarah Jessica Parker of Sex and The City; the pop stars of bands like Venga Boys, Spice Girls and Destiny’s Child; independent artists like Britney Spears, Jennifer Lopez, Christina Aguilera; and models like Naomi Campbell, Kate Moss and Salma Hayek had surged the need and desire to buy whatever they wore.

It is not like the 90s relic is over. Even today unknowingly, we pull off the denim on denim look, the crop top, the bra-ve outfits (brave move indeed) unknowingly!

Here’s a complete 90s lookbook for the glowing pop princess in you:

Straight out of Phoebe Buffay’s wardrobe, maxis complement body well and are flowy and cool in the summer weather.

The oversized mom jeans and the denim jacket aren’t a product of today but of the 90s. The 90s lookbook loves the oversized denim on denim.

Who shouted Spice Girls? In a way you’re right! Bright colours and tight-fitting crop tops are every girl’s favourite.

These basic pullovers with brand logos look so comfy. Something grunge-like this instantly gives you 90s look you always wanted.

This is a 90s staple accessory and doesn’t even need an explanation.

Do you know what they tell you about the plaid skirt? Your wardrobe’s empty without one! Guess Cher Horowitz in Clueless gave you enough evidence.

The beauty of long socks is that they go well with all kind of footwear: heels, sneakers and bellies.

Who is Shruti Sinha?

Shruti Sinha is an Indian Television personality. She has been a part of many reality shows. For instance, Dance India Dance (DID), Roadies Xtreme, Splitsvilla 11 and Ace of Space 2.  Apart from this, she has been a finalist at Roadies and Winner of Splitsvilla 11.

New dance video is on its way. Till then I’m loving my fragrance 😂 also guess the song

In addition, Shruti is a fashionista and her Instagram is proof of it.  She is seen rocking many chics, classic and traditional looks with equal grace. Her recent series of pictures where she has dressed up to recreate some of the most famous Bollywood actresses is truly beautiful. As a result, we also get some fashion inspiration from her.

Art is the only way to run away without leaving home

Shruti posted her picture on Instagram dressed as the character Mastani from the movie ‘Bajirao Mastani’. Similarly, this is a recreation of the famous look of Deepika Padukone in the movie.

Recreated @deepikapadukone ‘s look from Bajirao Mastani. Let me know how do you like it. Also, there are more looks so stay tuned 😉

If you have fallen for this one, the next one will impress you more. After this, Shruti is seen again as Deepika. Firstly, it was Mastani. Second, was Leela.

Deepika as Leela was mesmerizing in the movie Ram-Leela. Recreating her look, Shruti looked equally mesmerizing.

look 2 from my Bollywood recreation series ❤️ Guess the song

In addition, she also went to recreate Kareena’s look from the movie Ashoka. Above all, Shruti is looking as fierce and as exotic as Kareena.

Look 3 from my Bollywood recreation series. This one is my fav because obv, my fav actress 😍 @kareenakapoorkhan

After that, we see Shruti recreating the famous iconic look of Paro from the movie Devdas. The role of Paro was originally played by Aishwarya Rai Bachchan. The traditional Bengali look enhances the beauty of Shruti as well.

Though over the top, Kareena Kapoor and her style wooed everyone. Consequently, this is what Shruti did with her pictures dressed as Poo from K3G.

Look 5 from my Bollywood recreation series. Kaun hai ye, jisne dobara mud ke mujhe nahi dekha? Who is he? Thank you for all the love y’all are giving me for this series. More looks coming your way super soon.

Copying the Dhak dhak girl is a pleasure in itself. For example, this opportunity that Shruti got to replicate the look from the famous song 1….2….3. Certainly, Shruti has nailed the look.

Chandramukhi and Paro from Devdas

The amazing duo of Chandramukhi and Paro underwent a recreation by Shruti and her friend. Both of them looked utterly gorgeous.

Last look from my Bollywood recreation series ❤️ hope you liked it ❤️ This one with my chandramukhi @abhishri.sen ❤️

In addition, check out our article on Iconic Drapes of Bollywood: The Ultimate Sari Inspo.

A new symbol towards the current situation and fear, mainly for the prevailing stress and anxiety are surgical masks. Time and again face masks have represented, disease and pollution; solidarity; racism; a fashion trend and now pandemic. As the threat of a pandemic is increasing day by day with great speed and till the time it neutralises we should embrace the protective face masks and the sense of security they provide us.
After all, it’s not only about you but for everyone, you come in contact with. We humans have the capability of turning everything into a fashionable accessory and so are we doing these days with trendy face masks. Face masks are slowing setting trend these days.

Being an asymptomatic carrier of the new coronavirus is not at all uncommon, which means that even if you don’t have any symptoms at all, you could potentially transmit the virus to someone who could then get seriously ill or even die. This risk is reduced by a mask alongside frequent hand washing and physical distancing measures, such as staying at least 6 feet (2 meters) apart.

Now even the face mask designers are not just focusing on enhancing comfort. Many are also trying to create masks that would make people actually want to wear masks! Also, ones which others might find as aesthetically pleasing and a pretty fun way to accessorise themselves. If you think it sounds crazy, remember: once started sunglasses and hats as items to protect the wearer from the sun. They’ve now evolved into a fashion accessory and you’ve countless options to choose from.

Whether it’s the design you‘re choosing or the way you‘re fastening your mask to your face. Either on the ear loops or clasps behind your head are better.  You have the opportunity to make a statement with the mask you’re wearing — and protect others in style.

Though being a fashionable person is a trend these days. Everything has few harms as well, read to know more- Fashion items that are secretly damaging your health.
Continue Reading