If you’re active on social media, you would have noticed a sudden change in your timeline, probably every few months, with everyone around you following a set trend. Also known as internet challenges, these are often passed on between friends or performed simply because of fear of missing out. Some of them are also, quite frankly, foolish. Let’s take a look at all these not-so-cool-apparently internet trends throughout the years (we strictly advise you against trying them at home).

This post may contain disturbing images for some.
You’ve been warned.

Vacuum Challenge or Choke Me To Death Challenge

In this, the participant is required to lock themselves up in a plastic bin bag, and the air is sucked out of the bag using a vacuum cleaner. Thankfully, there are people who do not cover their heads in this challenge. Despite that, there have already been instances when this challenge goes horribly wrong, with challengers unable to move due to suction and trapping themselves in the bag. 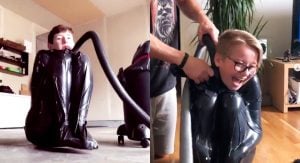 Ice and Salt challenge hits you where it hurts: ego. How long can you withstand salt and ice on your skin, which can give you second or third-degree burns similar to frostbite? If it meant winning and getting acclaimed for it, then the answer for a lot of people is long time. Why would anyone want to burn themselves? Even foolish people don’t want that. 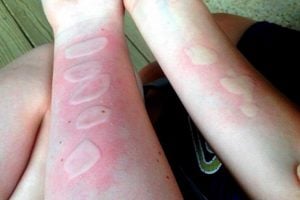 Would you like to go on a coughing fit by inhaling a spoonful of cinnamon? And then cry to tears as the others laugh around you? If you answered yes, this challenge is for you. The thing about cinnamon is, it leaves your throat dry, leads to gagging and vomiting, and sometimes even pneumonia. The amount of minty cold your throat will feel after you’ve had an entire spoon of dry cinnamon is something you can’t imagine.

Lo and behold, the weirdest one of them all. In a condom challenge (thank god its a thing of the past), a person drops a condom full of water on the other persons’ head. The condom, needless to say, does not break, but wraps itself around your face, leaving your head in a huge water-bubble. The risks are obvious: a rubber tube stretched across your face, covering your mouth and your nose. Even other than that, the chances of you inhaling water or some other lubricant is very high. 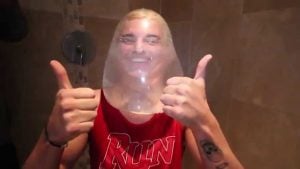 Ever tried snorting a condom through your nose, and then pulling it out of your mouth? No? Good. Because there are a bunch of buffoons out there who think this is cool. A. We have no idea how people think of such challenges. B. We have no idea why would people follow them once they’re thought of. God forbid, if the condom gets stuck in your nostrils, you’re going to be a dead person. But hey, you’ll have a condom hanging out of your nose! Sounds cool, doesn’t it? 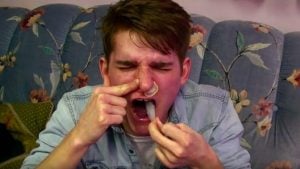 Are you foolish, or smart, enough to try these? We’d ask you to refrain. Which one did you find the most bizarre? Let us know in the comments below.

iPhone SE: All That You Need To Know 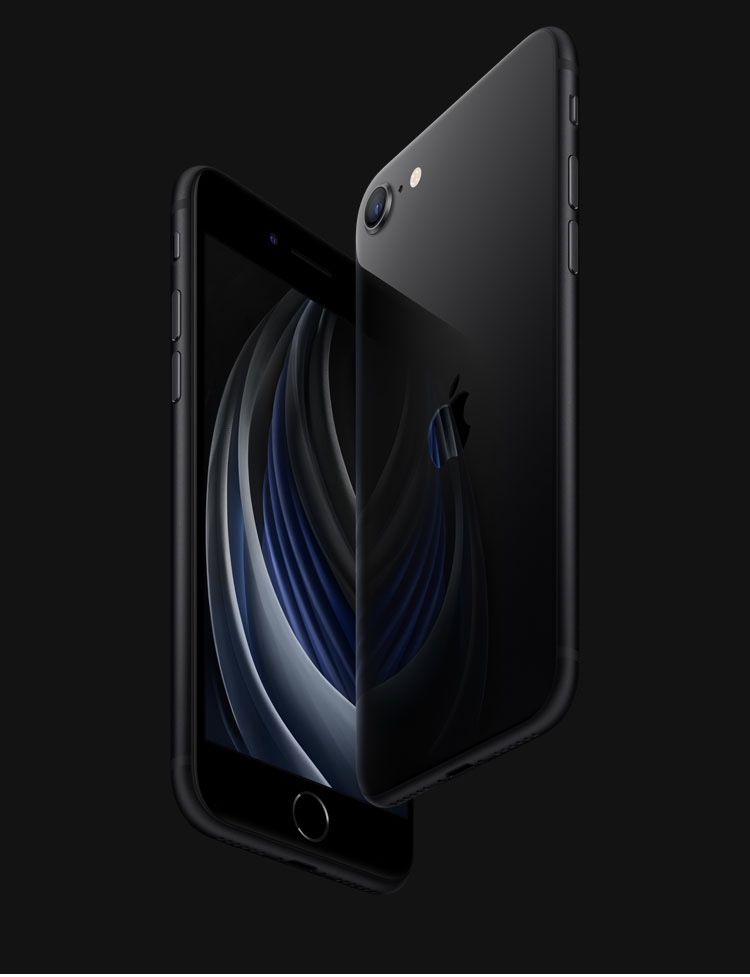 Apple unveiled the all-new iPhone SE on its website on 15 April 2020. There’s more than just speculation and excitement about the new product. Needless to say, this new iPhone has left the IOS lovers atwitter. 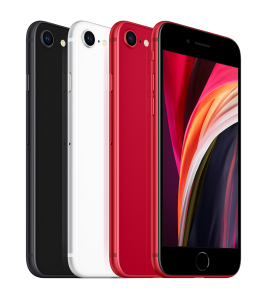 While there are loads of articles about the technical aspects of the new iPhone, here are a few things that you need to know in the simplest terms.

It has the same chip as that of the amazing iPhone 11 Pro. This allows you to easily switch between apps and makes your experience far smooth and engaging.

iPhone SE comes in glass and aluminium body as opposed to all the models of the iPhone launched iPhone 8 onwards.

Like the previous SE, this new model to packs the brilliance of the newer models into the old compact versions. The Retina HD display means clearer vision and clearer memories.

Click amazing group pictures and selfies with the all-time amazing camera. Portrait mode that was usually a part of the more expensive versions has found its way to iPhone SE. With six lightening effects and special depth effects, your pictures will be better than ever.

The coveted home button with the fingerprint sensor makes its return with iPhone SE.

The iPhone is water-resistant upto 1m depth for 30 mins. It is also splash resistant and dust resistant.

The iPhone is already known for its amazing sound quality. The presence of stereo-speakers makes the audio experience even better.

iPhone SE supports dual sims. It is compatible with GSM, CDMA, LTE and all other variants.

It can be charged on a wireless charger or the wired adapter. It claims to have a ceaselessly stream a video for 13 hours if the phone is fully charged. Also, the charging goes from 0 to 50 percent in less than 30 mins.

The iPhone is available in three colours and features options with storage spaces of 64, 128 and 256 gb. With a starting price of ₹42,500, iPhone SE has made more fans than was expected of it.

With the brilliance of iPhone 11 Pro and the classic body of the older versions, iPhone SE is expected to be the perfect buy for all the iPhone lovers. 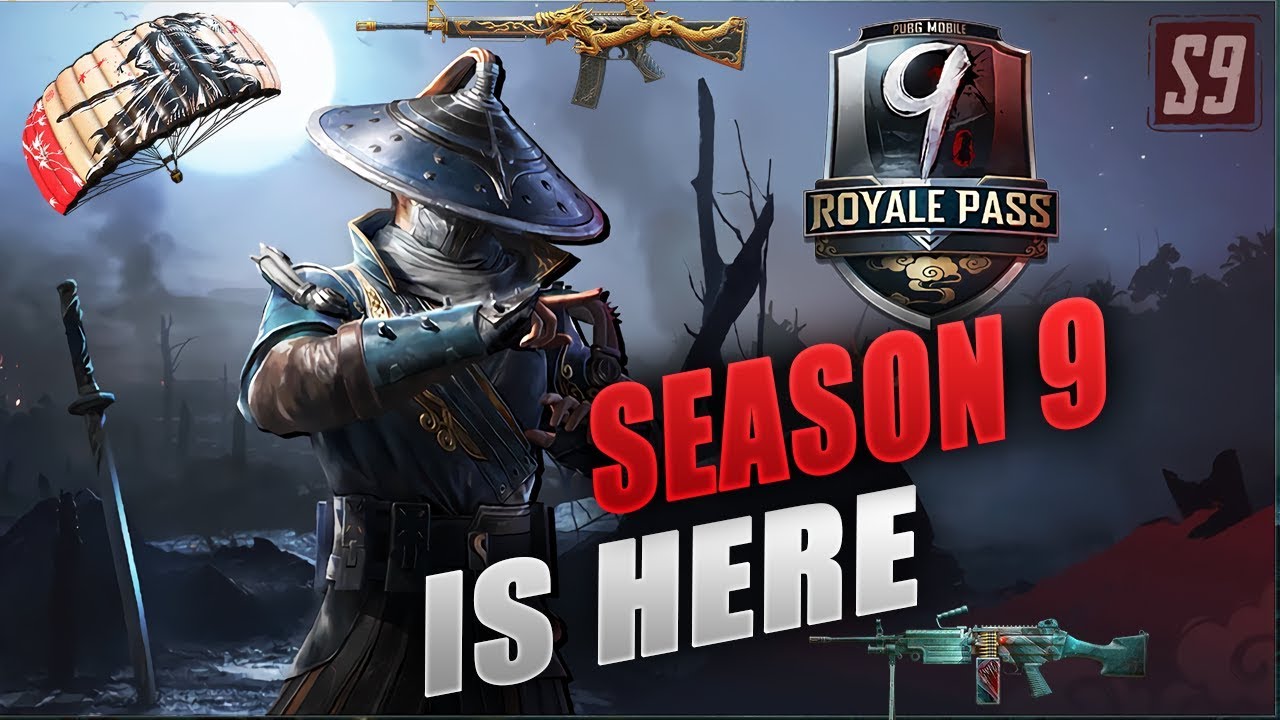 PUBG players worldwide are eagerly waiting for new changes in this action-packed game. As it is structured in a season-wise pattern, this will be it’s Season 9. Ever since rumours came out, the internet has been rife with guesses and the like. People are speculating that this ultimate battle royale game will launch the updates around September 13th. 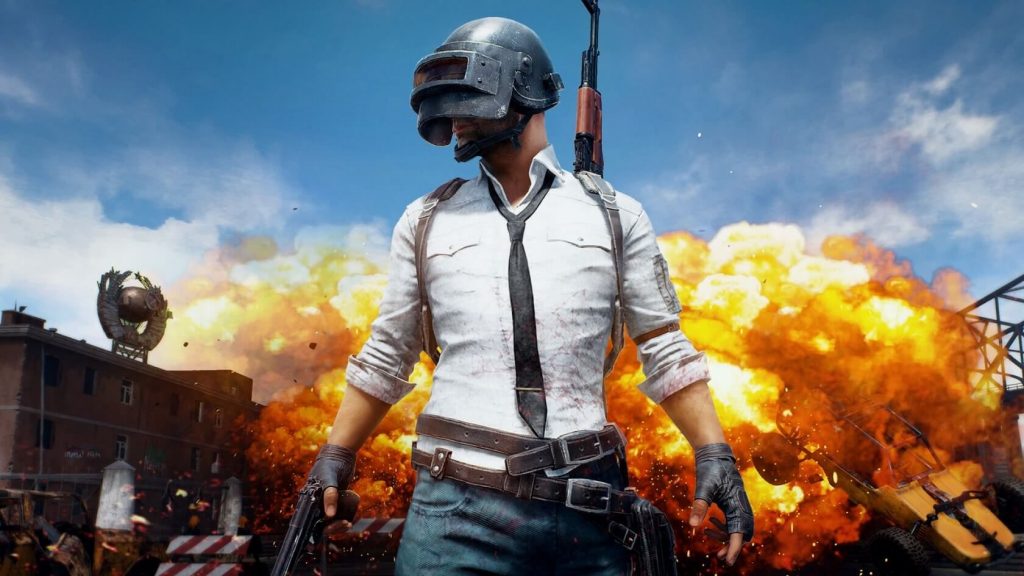 This quite grand update is going to seriously rev up the PUBG experience in big ways. The way players have been transporting so far is going to change drastically. As each new update and season brings something great to this widely popular game, the expectations are set high already.

Fly with your squad in helicopters 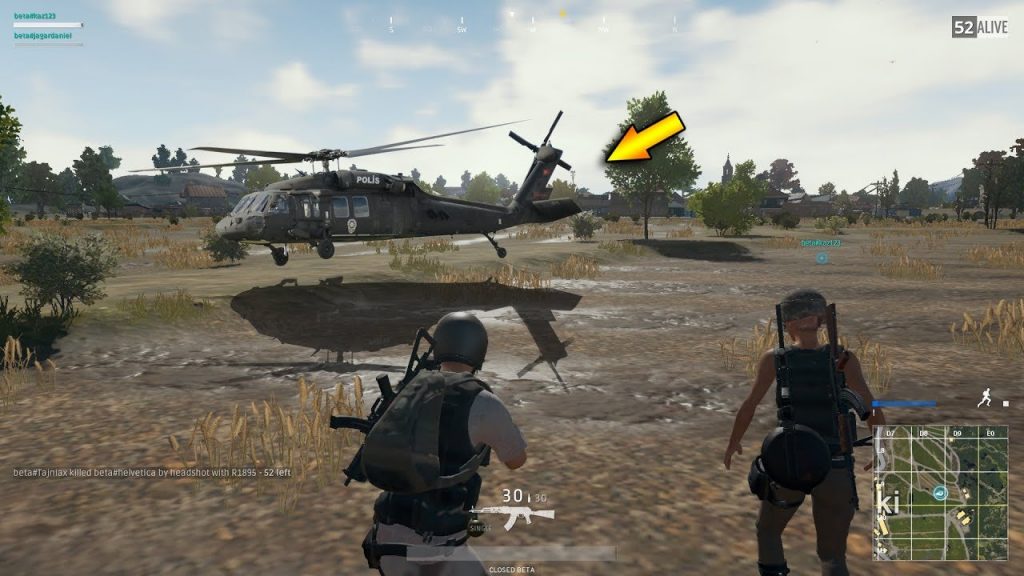 A YouTuber who goes by Mr. Ghost Gaming has revealed a few big details. He did so using the Chinese version of the game. The game will now allow players to fly around in helicopters. Earlier, you may have noticed unused and unmoving choppers in the game. Now, these helicopters are more than just specks on the map.

A lot of people are saying that this exciting update will only be seen on the special heavy weapons mode. This mode is where all the high power weaponry is found. From the MGL and M79 grenade launchers to M3E1-A rocket launcher, it has some of the best. If that is true, will the Classic mode not have it? Many users online have suggested that the update can be added to the game in the form of an arcade mode as well.

Whatever the mode they choose in the end, there is no denying that the update itself is brilliant. Let’s keep our fingers crossed for days around September 13, then!

For more such updates, click here and get an outline about other essential points.

Explained: The Technology Behind The Lion King 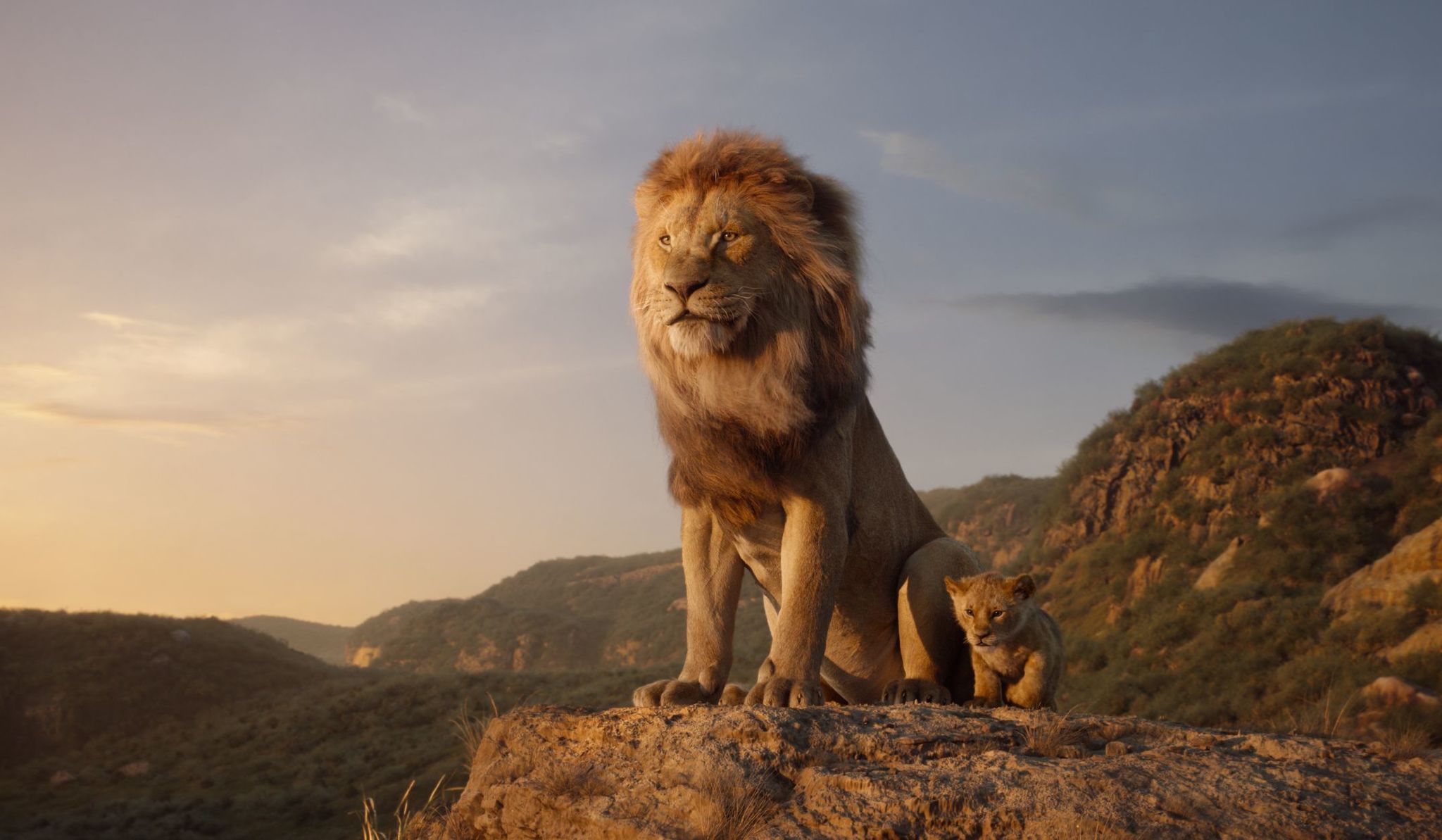 Simba and Nala stole our hearts more than twenty-five years ago with the iconic Lion King. What made the movie work then, and what made its remake that was released in July work – is the technology.

The minds that devise how to put to use all the relevant and available technology into use in a way that will best bring out all the emotions, facial expressions, feelings, and simply the whole personality of a small cub when paired with background music and voice-overs – they take the movie from just another release to one of the most awaited ones this year. Though overall, there have come to light quite a bit of mixed reviews regarding The Lion King, the common consensus has been that the graphics of the film are impeccable. 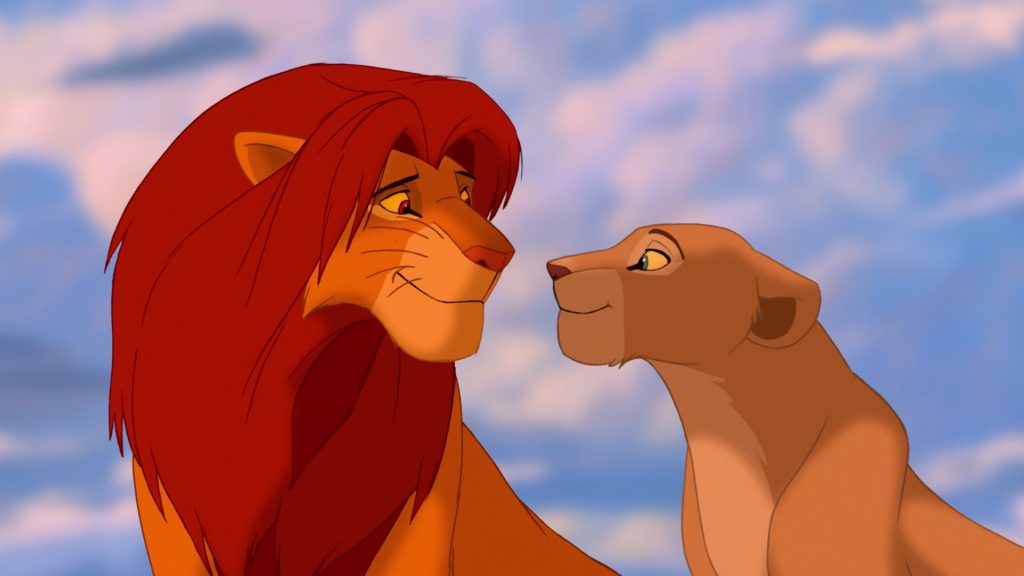 The team behind The Lion King described the making of the film as a “virtual production process.”

Director Jon Favreau told journalists that they aimed to apply the technology used. They wanted live-action filmmaking to the virtual recreation of Serengeti they would develop. 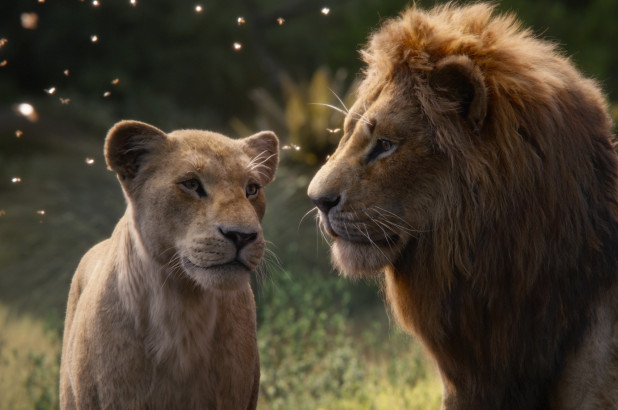 A dedicated team went to Kenya in order to conduct extensive research on the features of the landscapes and wildlife there. A huge number of photographs were taken which would later help the graphics team. The effects team to reimagine that place accurately for a worldwide audience.

The director revealed that AI was used to feed the 3D model of the lion in various scenarios. For scenes like crying or being hungry which were then used in the film, in order to help the computer make a connection between intent and behaviour.

Huge effort and thought go into creating a film like this. Bringing together filmmaking tools and animation in order to create a whole new world.